'The sky's the limit': Radha Medar on Mabel's rise to the top 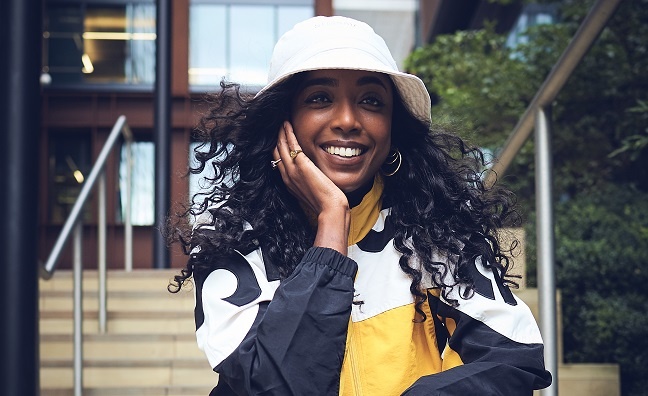 Mabel's manager Radha Medar has told Music Week "the sky's the limit" for the singer following a triumphant year.

Metallic Management's Medar (pictured), who was named Businesswoman Of The Year at last week's Music Week Women In Music Awards, has overseen the 23-year-old's rise over the last three years.

Mabel is the most successful British female breakthrough of 2019, impacting across the globe with her UK Top 10 singles Don’t Call Me Up, which has just topped one million sales, and Mad Love, which is approaching 500,000. She also recently charted in the UK Top 20 with the Tiesto collaboration God Is A Dancer.

“The sky’s the limit for Mabel,” said Medar, who co-managed Skepta during the MC's Mercury Prize-winning Konnichiwa campaign. “She can do anything if she puts her mind to it.

“Don’t Call Me Up and Mad Love are the tracks that have broken her outside of the UK and it’s been a nice gradual journey. We could have done something like Don’t Call Me Up straight away, but she needed to build a foundation and a fanbase and create a culture around herself, because that was what was initially lacking.

“I never imagined that we’d be in this position so quickly. I know it’s been three years, but it feels like the trajectory has been a bit mental – in the best way.”

Her 2017 breakthrough hit Finders Keepers ft. Kojo Funds is another million-seller, while her 2018 Ring Ring collaboration with Jax Jones and Rich The Kid has moved 490,086 units, according to the Official Charts Company.

"The fact that she’s had consistent success for the past three years shows in her professional confidence," added Medar. "From Finders Keepers onwards, her music has developed as she’s stepped outside of her comfort zone and worked with artists like Jax Jones.

It's really easy to get carried away in this business, but I've made decisions based on what I think is sensible and what's right

In the wake of her Women In Music honour, former Asylum A&R consultant Medar has offered some salient words of wisdom for young people hoping to make it in the music industry.

“It’s really easy to get carried away in this business,” she said. “Obviously, my gut plays a part, but I’ve made decisions based on doing what I think is sensible and what’s right – and that is definitely what has got me here."

Subscribers can click here to read the full interview with Medar.