'There isn't a song you want to skip': Manager Brandon Creed on Mark Ronson's new LP 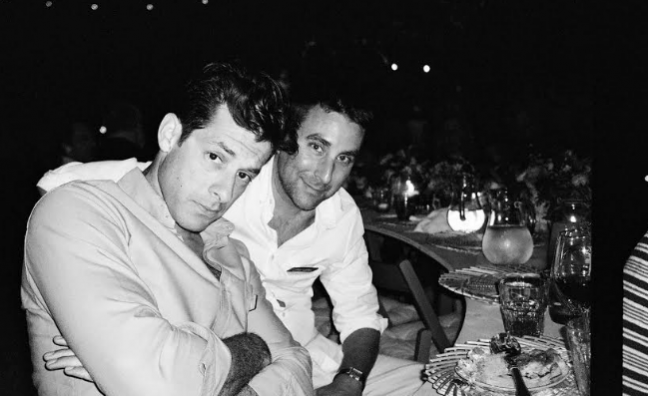 Late Night Feelings is released via Columbia on June 21, and its maker stars on the cover of the new edition of Music Week, out now, to tell the inside story.

Late Night Feelings already has its first hit in No.2 single Nothing Breaks Like A Heart, which features Cyrus and has racked up 560,434 sales to date, according to the Official Charts Company.

Already this week, Ronson has opened up about modern hitmaking, and below we present a Q&A with Full Stop Management’s Creed, who brought the producer together with Bruno Mars.

The result would be Uptown Funk, the mammoth 3 million-seller that continues to resonate as Ronson’s biggest breakthrough – even after Shallow, which scored the producer an Oscar earlier this year.

Here, Creed talks about the process of making Late Night Feelings, which took place with Ronson’s divorce as a backdrop…

How close were you to the process as Mark was making the album?

“Pretty close. He recorded the bulk of it in Los Angeles, which is where I live so I would be in the studio quite a bit hearing things as they came together. He’s amazing at pulling together the artists and the musicians to create these songs, but sometimes I would get involved in bringing certain artists in.”

It must have been intense given the circumstances?

“It was. It was musical and emotional therapy for him. I’m really happy. Really happy with the calibre of artists on the album, the musicians, just the work, it’s a real body of work. I know people say that all the time, but I really believe this is.”

What are the goals for a Mark Ronson record now? He’s already achieved so much…

“We did Uptown Special and obviously Uptown Funk did what it needed to do for him and led to other doors opening. It put him on the Super Bowl stage, it won him more Grammys, opened the door to Lady Gaga... We’ve always been goal-oriented and the goal continues to be for him to feel inspired and like he’s pushing forward and evolving as an artist and using that to springboard into other endeavours. He’s involved in some other film and potential TV projects now and we have a label together. We have King Princess who we’re working on breaking and we’re working on signing other artists. Music is really one of a few things he gets to express himself through. If it touches people – and I do think people will connect to the album, it is really emotional and heartfelt and special – then of course, at the end of the day, that’s the main goal with any record. You hope it finds its audience.”

Where does Uptown Funk rank in your experiences as a manager?

“It was amazing. It ranks pretty high. At the time I managed both Bruno and Mark, so I was very proud to be involved, it was a big boulder that they worked really hard to push up the mountain. It took nine months or something, multiple different versions; there were moments where it wasn’t going to see the light of day. I felt strongly about it and was cheerleading to make sure they finished it and felt good about it. I’m very proud of my involvement and the decisions made along the way to hit the milestones we did. It was a hard-fought campaign, from launch, through the records it broke and the Grammys and… it put Mark on the Super Bowl. It was pretty incredible; you don’t get to be part of those records very often.”

Can you talk us through the guest spots on the record?

“It’s such a diverse group and I’ve gone through different favourites. The Yebba song Don’t Leave Me Lonely is a jewel in the crown. It’s one of the earlier songs, so it’s been around for a while. That song is so special; when people hear it it’s really going to resonate. I love the King Princess song; it’s a form you haven’t heard her in. I love the Camila Cabello track, that was one of my favourite demos and I felt very strongly about making sure it found its place on the record. Mark and Kevin Parker worked on it for a while and then it just sort of sat there. Thankfully Camila blessed us with her voice and co-wrote on it too. It’s a different way of hearing her and I’m excited about that. There Truth with Dodgr and Alicia Keys is great, Lykke Li is amazing... I texted Mark when he sent me the final master, I spent the weekend listening to it and I said, ‘There really isn’t a song you want to skip.’”

To read the full interview with Unger-Hamilton pick up the latest issue - or subscribers can click here. To subscribe and never miss a big industry story click here.