"There's nobody even close to them": Q Prime's Peter Mensch talks about Metallica's record-breaking 2017 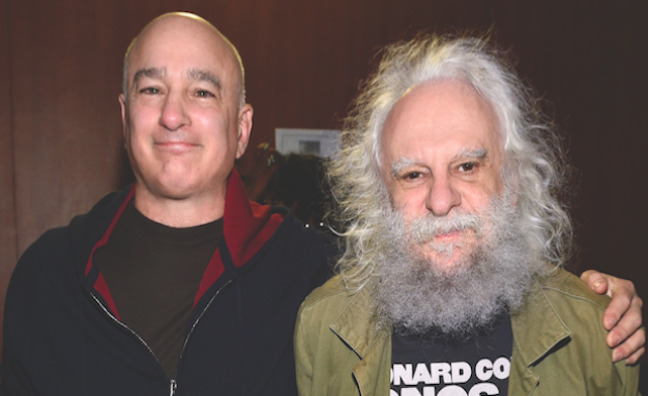 In the new issue of Music Week, we take a look at metal giants Metallica’s triumphant 2017. The band released Hardwired… To Self-Destruct, their double-disc 10th album, back in November 2016 and it has since gone on to shift 138,453 copies to date, according to Official Charts Company data, as well as help them break attendance records on their October UK arena tour.

In addition to talking to drummer Lars Ulrich about the past, present and future of the band, Music Week spoke to ’Tallica manager Peter Mensch for a rare interview. In the piece he speaks about the philosophies that have seen him, his partner Cliff Burnstein and Metallica weather an ever-changing industry together since 1984.

“It’s really simple,” Mensch told Music Week. “We like each other and we respect each other. That’s the bottom line. My partner and I have a line: ‘You get the acts, as a manager, you deserve.’ There are acts that could be as smart as Metallica or likeable but don’t respect what we have to say. We have a peculiar bunch of acts that we all like talking to, that we think are smart, they think we’re smart, we give them advice, they comment on our advice, we go back and forth, and we come up with a plan.”

Mensch also cited a number of reasons as to why the Hardwired… campaign has been so successful in reintroducing the band to the world after eight years.

“Absence makes the heart grow fonder,” said Mensch. “They put out a great record. They hadn’t put out a record in eight years, it was quality music and then they went and played a bunch of quality shows. It got bigger because I believe they maintained the quality of their product, so music is No. 1. No. 2, there’s no question about the quality of their performance. No. 3, they were out of the [US] marketplace with a new record for years. They played Europe and stuff like that, but in America where they just completed an absolutely sold-out stadium tour, they hadn’t played in eight years. And No. 4, guess what? There’s nobody even close to them. Look, you can make the point that Stone Roses begat Oasis and Pulp and Blur who begat Radiohead, Coldplay, Muse even. We’re still waiting for the next Metallica. I get plenty of emails saying, ‘We’re the next Metallica,’ and then they send me shitty music. But there’s nobody else.”

You get the acts, as a manager, you deserve

The position in which Metallica find themselves at the end of 2017 is, Mensch concluded, an incredibly enviable one to be in.

“If you’re Metallica and you tour around and killed it at The O2, and broke the house record, and you got more shows to play and more plans and more music to make and James Hetfield writes a riff every time he picks up a guitar, you’ve got to feel pretty good about yourself,” said the manager. “And you survived it, you’re looking around and you’re on the top of your mountain. There’s nobody else up there, you’re up there with the U2s of the world or whatever. You may not be The Rolling Stones yet, but you’ve got 20 more years to get there.”

You can watch footage of Metallica playing the O2 Arena below.