'To be part of this is incredible': Coldplay manager talks the band's future 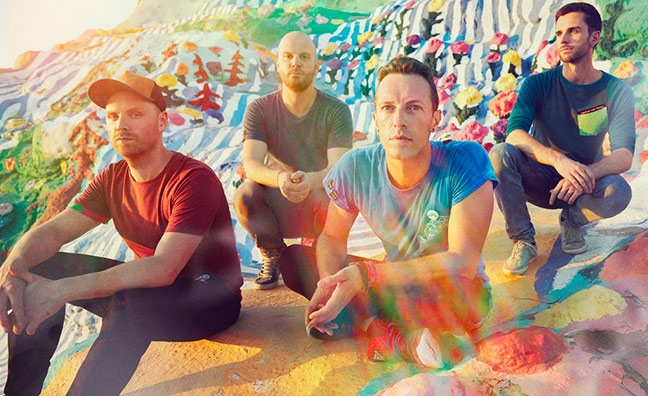 Coldplay manager Dave Holmes has given an insight into the band's future plans in a new interview with Music Week.

Holmes, who discussed the success of the quartet's A Head Full Of Dreams documentary in this week's issue, said the quartet were working on new material. Last week the band dropped new track E-Lo with Pharrell Williams under their side project, Los Unidades, as part of the Global Citizen EP 1 charity initiative.

“We’re working on new material, with new releases sometime in the next 18 to 24 months and another tour at some point,” said Holmes.

Last year, Coldplay released the Kaleidoscope EP, which has moved 46,510 units to date, according to the Official Charts Company. "I think it was just where they were at creatively," said Holmes. "I don’t think they’re ever going to follow a straight album campaign-tour format."

The Dave Holmes Management boss has worked with Coldplay since before their 2000 debut Parachutes (2,713,711 UK sales – OCC).

"When I worked at [US-based label/management firm] Nettwerk we released Parachutes in North America and that’s how I got to start working with the band," said Holmes. "We were all young from a career standpoint and we’ve grown up together. We’ve always been very comfortable around each other from the first time we met. That’s never changed and they’ve never changed.

"They had everything: Chris was a brilliant frontman with a beautiful voice and they were a great live unit. I knew they were going to be huge, but I wouldn't say I was thinking about stadiums at that point because I don’t know if their music, at that stage, was music you would hear in stadiums. But their music evolved."

"To be part of something like this as a manager is just incredible," said Holmes. "You go your whole career working in this business and never get close to anything like this."

Holmes, who has previously worked with Interpol and My Chemical Romance, outlined his management philosophy as "to be as honest as possible" with clients. He added: "Choose your words carefully, but be honest with them – don’t be a yes man and don’t try and tell them what you think they want to hear. That, to me, is the most important thing. They may not like what you have to say but in the end they should respect you for your honesty."