Various Artists Management on working in the age of Covid-19 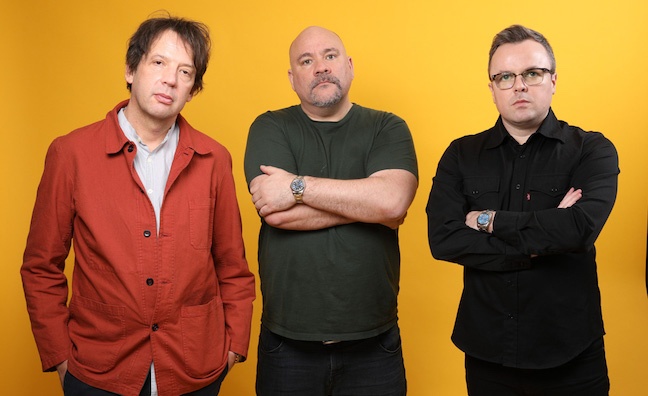 Various Artists Management (VAM) chief David Bianchi has spoken to Music Week about how the company is coping during the pandemic.

The global CEO stars on the cover of this week's issue alongside COO Nick Ember and UK MD Jon Dawkins, plus VAM clients Tom Grennan and Ashnikko.

VAM also represents the likes of The Libertines, Supergrass, Loyle Carner and Barns Courtney, and Bianchi said the current situation has only strengthened his pre-existing view on album release strategy.

“We’ve put releases back with a mind to releasing a lot more music prior to the record," he said. "I’ve felt that what I’m about to say has been right for the longest time, but I’ve been dissuaded by partners and record labels: I believe artists should be releasing five to eight pieces of music before they even think about releasing an album. When the album comes out, your campaign is pretty much done.

"What pop to an extent, but certainly hip-hop has been doing is releasing track after track and maybe a mixtape. You might get an album once every two years and by the time you’ve got there people already know seven or eight of the tracks. The more we can replicate that successful hip-hop model, the better."

We were playing a '90s game, which just doesn't work anymore

Bianchi cited the fortunes of Barns Courtney's second album 404, which was released last September, in support of his point.

"Barns Courtney's first record spawned two gold singles in America," he said. "His second record followed a more traditional method and when the single 99 went up, it was our highest American charting radio record. Then we did just one more single into the album, which seems like a dreadfully antiquated thing to do. The album did all right, but it didn't do what we'd have hoped because we were playing a '90s game, which just doesn't work anymore.

"One of the many, many reasons why hip-hop has done so much better than the other genres over the last few years is that they worked a lot of this stuff out a long time ago."

While Covid-19 has prompted drastic measures for some companies, Bianchi said that VAM is well placed to ride out the storm.

“We haven’t had to let anybody go,” he said. “We planned for a rainy day, so we’re all right. Our live shows this year are all either now gone or moving to next year. Whilst losing the money this year is not ideal, the majority of it seems to be falling into place for next year.”

Indeed, Bianchi even suggested an upside to the situation.

“I don’t want to belittle the horrors that are going on, but I think the idea that the world is able to have a degree of reflection on the way we all do things has been very positive,” he said. “From a business development perspective it’s been extremely useful. Having the time to sit down and think about things more carefully has been lovely. It is forcing us to look at how to release records in a different way – without personal appearances, live and all the rest of it – and that is proving to be very interesting.”

Click here to read the full cover story. Make sure you can access vital music biz information wherever you are by signing up for our digital edition here.