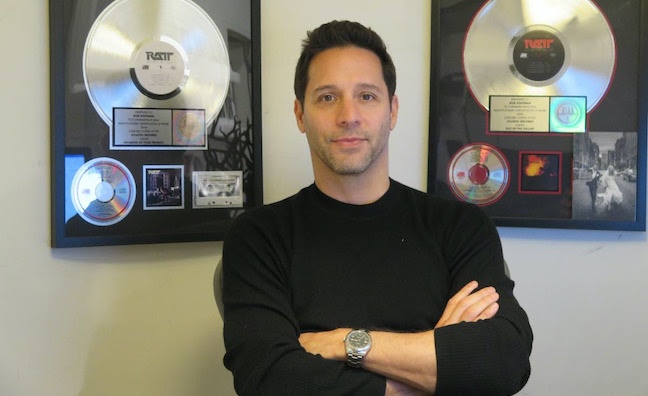 An official press release stated that Hoffman, who has over 30 years of music industry and management experience, will “focus on expanding the company’s already impressive roster of management clients” which currently includes Melissa Etheridge, Cypress Hill, CeeLo Green, Fantasia, Salt-N-Pepa, Aly & AJ, and others.

Hoffman manages the Grammy-nominated rock band Extreme which has sold over 10 million records worldwide. The band has just completed a new record slated for a 2023 release.

Speaking about his move, Hoffman said: “I am thrilled to join the impressive team at Primary Wave. As the business evolves, artists are seeking new and innovative ideas from their management team and there is no better company than Primary Wave to leverage these opportunities. I am thankful for Larry Mestel and the executive team for bringing me into the fold and look forward to a successful relationship.”

Primary Wave’s chief content officer Natalia Nastaskin, who oversees the talent management division, added: “We’re excited to welcome Robby and his exceptional artists to Primary Wave. I and many of our senior colleagues have known Robby for years and have admired his passionate and uncompromising approach to talent management. We look forward to growing and enhancing our management practice in collaboration with Robby and his vast network of artists and industry professionals.”

Hoffman started out his career as a guitar player and graduated from Berklee College of Music in Boston with a degree in Professional Music. Four months after graduating, his band In The Pink signed a record contract with Epic Records. He co-wrote their song Under Summer Skies which went No.1 on rock radio charts in multiple markets. He later spent seven years working for an investment bank, managing money for high-net-worth individuals. In 2005 he left Wall Street and founded One Music Management which was the music division of One Management in NYC. As founder and president, Hoffman was responsible for overseeing all artist management for the company.

You can read our interview with Primary Wave CEO Larry Mestel here.