15 years of Radio 1Xtra: Trevor Nelson on how the station changed the music business 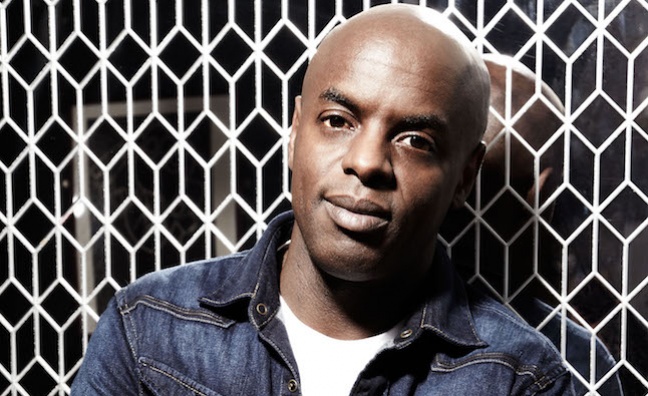 BBC Radio 1Xtra turns 15 today (August 16). It’s another celebration for the urban music station that went back above a million listeners in the latest set of RAJAR figures. To mark the anniversary, 1Xtra weekend presenter Trevor Nelson shared his thoughts on the station’s history and his personal on-air highlights. Nelson, a former label A&R, also gave Music Week his view of how 1Xtra has changed the music business.

What are your memories since starting as a regular presenter on 1Xtra in 2007?

For me it was a little different to everybody else, because I was established on Radio 1. I did a couple of one-off shows for 1Xtra in the first few months [of 2002]. They had a show called The Basement. It was an old school slot on a Sunday – it was a chance to play music that people didn’t realise I was into. I remember doing an electro hip-hop type show. It was really exciting to be part of something I never thought would exist. I was really happy that 1Xtra was formed. I was a little disappointed I wasn’t involved properly from day one, because I spent my whole career trying to champion black music, urban music. It was really exciting in the building, all these new faces, new DJs. The feel was like a legal pirate.

It was very different, but in some ways alike. With Kiss, half of us never thought we would ever be on a legit station. We were creating the dance music industry in this country. When Kiss launched [as a legal station], record companies were thinking they had to start a dance division. 1Xtra was similar, when you look at grime and music that was not getting programmed on legal radio when 1Xtra was born.

How did 1Xtra fare as a digital-only station?

We launched Kiss on an FM wavelength. 1Xtra was on a developing platform, some people were confused – they didn’t quite understand how to access it. I think it took time – it may have taken longer than they [BBC management] thought. The young were at the forefront of technology, the fact you could access a radio station on your smartphone. It was a challenge for 1Xtra but in a way it helped. The audience for 1Xtra being a younger audience, they felt they were listening to radio in a completely different way to their older brothers and sisters, or their parents.

What was the breakthrough moment for 1Xtra?

I suppose when they hit a million listeners [in 2011], that was probably a breakthrough. We are very interactive with our audience. It feels like you’re on a station where loads of tastemakers are listening. It feels like the people who listen are far more invested in the music than most stations I’ve been on. Radio 1 is a big, massive station that’s been going for 50 years. 1Xtra was slightly different, you had to make an effort to listen. It felt as if our audience was saying ‘I’m different’, and that’s the big similarity to when I was on Kiss as a pirate and the early days of legal.

How important was Live Lounge for 1Xtra?

For me, that was the best bit. I was always amazed at the talent. Radio 1 Live Lounge, you would have a massive artist or a massive song. With 1Xtra, it’s a little bit different. We had a lot of up-and-coming artists come in. We didn’t wait for anyone to have a monster hit. I was blown away by how many female singers rolled in and were great. We did interesting ones, a lot of great American performers – Aloe Blacc’s was really interesting when he sang a Jay-Z rap. Craig David – when he resurrected his career – singing a Bieber song of all things, that went mental online. That was funny because I was there at the birth of Craig’s career.

Any time Kano walked in it was fantastic. MNEK, his cover version of Ashanti [Foolish], I loved that. Emeli Sande was unbelievable, she was amazing. Ella Eyre, the first time she stepped in; Jorja Smith was unbelievable. The [1Xtra] Live Lounge was affirmation that they had arrived. The listeners were thinking, This person can perform live; festival bookers were thinking, I might use them – it’s not just a track made in a bedroom. My all-time favourite Live Lounge was George The Poet, because it was so surprising. He just stopped the traffic – it was amazing.

Was there a favourite broadcasting moment?

The best moment of my whole life at the BBC to do with music and outside broadcasts was Hackney 2012, when we put on – for my money – the best festival of its kind. It was in my hometown on the Hackney Marshes, everybody was talking about all the big grime MCs, and you had Jay-Z, Kanye and Rihanna. That was the single most exhilarating moment for me. I remember standing there with Zane Lowe in the rain at the back of the crowd, we watched Kanye and Jay – it was just unbelievable. A lot of that was 1Xtra with Radio 1, it was a massive day.

How did 1Xtra change the music industry and bring about the rise of grime?

I don’t know where else they would have been playlisted. We have playlisted so many ‘non-radio’ records. We’re not making it easy for ourselves, but we’re doing a job and launching careers. We haven’t taken the safe option, we’ve dared to be different. I really think we’ve given a massive opportunity and platform to a hell of a lot of artists, in much the same way Radio 1 did with indie bands back in the day. I think that 1Xtra is a specialist station, it always has been. It still sounds like no other station with a million listeners. Artists really are thankful. A lot of artists see 1Xtra as home. We’ve had to wave goodbye to a few big ones – that’s our job, to get them going. I always remind DJs of that.

What about the future of the station?

My attitude is roll on the next 15 years. It’s a great milestone but 1Xtra must always be looking forward. I listen to radio and I’m really quite surprised that no one takes risks like us.

Trevor Nelson is on Radio 1Xtra from 4-7pm on Saturday and Sunday.