'A slick and stylish production': The Music Week verdict on the first Global Awards 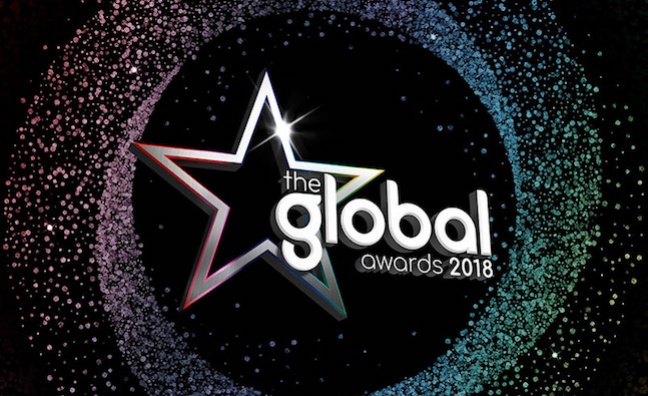 Establishing a new music awards ceremony in this day and age isn't easy - just ask the Beeb, which scaled back its BBC Music Awards in 2017 following three years of lacklustre ratings and general audience apathy.

Screened in the run-up to Christmas, the broadcaster secured decent starpower - Rod Stewart, Robbie Williams, One Direction, Little Mix, Emeli Sandé and John Legend, among others - but contrived to be less than the sum of its parts, straddling an awkward middle ground between awards show and light entertainment.

Ultimately, it felt superfluous and irrelevant - the same potential pitfalls facing last night's inaugural Global Awards at Hammersmith's Eventim Apollo. The event was the third mainstream music bash in as many weeks, coming on the heels of the BRIT Awards and NME Awards.

Global personnel remained tight-lipped in the run up to the awards, but founder and executive president Ashley Tabor did not hold back when announcing their inception back in December, insisting the company was "perfectly placed to create the biggest and best music and entertainment awards the UK has ever seen".

The million dollar question was whether the awards calendar could accommodate another major player - especially just eight days after the industry’s most high-profile night of the year. On first impressions, the answer is a cautious yes.

Offering a mix of live performances, award presentations and artist interviews, the Global Awards did not attempt to reinvent the wheel but provided a slick and stylish production that ran almost seamlessly, with the exception of a small VT hitch early on.

In a twist to the usual formula, acts performed two songs rather than the standard one, which gave everything more time to breathe but contributed to the slightly over cooked two-and-a-half hour running time that tested the patience of the otherwise boistrous live crowd.

On the artist front, the turnout was impressive, with performances from Sam Smith, Rita Ora, Liam Payne, Martin Garrix (joined by surprise guest David Guetta) and Kasabian, who brought a much-needed dose of rock’n’roll to proceedings. The standout moment, though, belonged to legendary tenor Andrea Bocelli. Representing Global’s Classic FM brand, Bocelli transfixed the room with his rendition of Nessun Dorma, drawing a standing ovation.

Also in the house were the likes of triple award winners Little Mix, Paloma Faith, Big Shaq, Craig David and the ubiquitous Stormzy, who picked up the Best RnB, Hip Hop Or Grime honour before darting across London to present a gong at the MPG Awards (not the first time he’s made it to two awards ceremonies in the same night). Global’s Roman Kemp, Myleene Klass and Rochelle Humes, meanwhile, kept things ticking over on hosting duties.

Some of the award titles (Mass Appeal/Best Pop Dance anyone?) were just bizarre, but this was a creditable first effort; it would be a bigger surprise if it didn't return for a second outing.