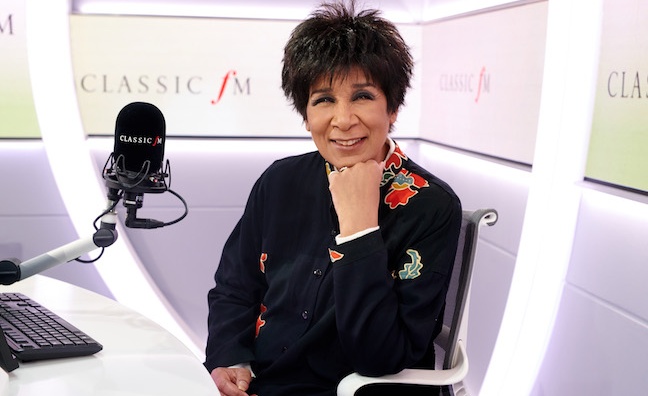 Moira Stuart is to join Classic FM next year to read the new and host her own show.

The journalist, presenter and newsreader, who currently reads the news during BBC Radio 2's Breakfast Show with Chris Evans, will take a similar role from February during the classical station's weekday breakfast and morning shows.

Then from July, Stuart will present her own programme, Moira Stuart’s Hall Of Fame Concert, which will air on Saturdays from 3pm to 5pm.

"I couldn't be more excited and delighted to be joining the Classic FM family," said Stuart. "It's a wonderful opportunity to take a whole new journey, with people I really like and admire."

Sam Jackson, Classic FM's managing editor, welcomed his new signing who will be on the station six days a week.

"Moira is a broadcasting legend and is known to millions of people on television and radio, so I am thrilled that she has chosen Classic FM as her new home," he said. "Her passion for classical music and decades of experience make her the perfect addition to our 2019 line-up. From her morning news bulletins to her new weekend show – and with another new series to follow – I know that our 5.2 million weekly listeners will join me in welcoming her to Classic FM next year.”

Get the latest issue of Music Week, out now, for more reflections on a tumultuous year on the airwaves from key players in BBC and commercial radio.