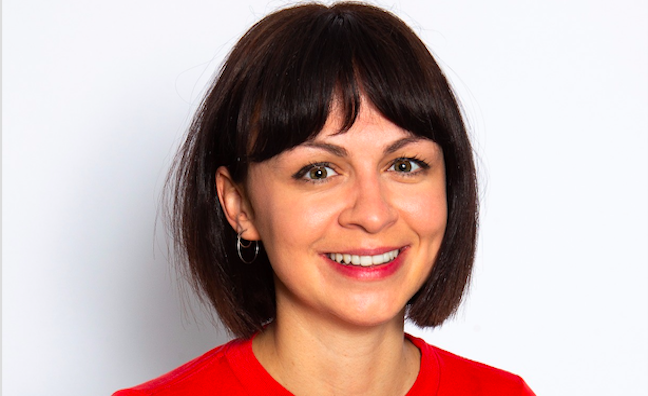 Club NME debuted in 2004, going on to run for years at Koko in Camden, North London. Last week brought the news of its return to the 150 capacity Moth Club in Hackney, with performances from Saint Leonard and a special secret guest.

That turned out to be iconic Foo Fighters leader and former Music Week cover star Dave Grohl, who brought the band’s keyboardist Rami Jaffee and pop legend Rick Astley along.

“I asked him if he fancied popping along, not really expecting him to say yes,” Gunn said. “But he did! Bringing Rick Astley was a surprise to me too, but what a great surprise.”

Gunn confirmed that the night will continue to be held at Moth Club, with tickets available via Dice and priced at £5. Fans can expect live acts and NME DJs every time.

The news follows the launch of NME’s Girls To The Front gig series and its sale, along with Uncut, to BandLab Media back in May. The NME Awards will also return for 2020.

Read on to find out what Club NME’s return means for the title.

What was behind the decision to bring back Club NME?

“It was the first club night I ever went to, probably when I was too young to be going. It felt important then and although indie isn't dominating the charts like it was in the noughties, I think there's still space for something truly alternative. That doesn't mean it'll be all Arctic Monkeys and Klaxons but instead, a modern take on what an indie disco should look like in 2019. Really, I just want NME to help get people together to have a nice time listening to great music, because isn't that what it's all about?”

Can we expect to see NME's live offering expand further? Why is this an area of focus now?

“Yes! We are looking at taking Girls To The Front to some other cities in the UK and abroad and we have our partnership with Goose Island which sees us putting on live showcases in their London venues. The NME Awards is also back for 2020 and it's going to be big. As editor, I want people to have an emotional connection with NME again. That's harder when the majority of the audience are consuming our content through their phones, so accessible live music has to be a part of what we do."

“Well, I've known Dave for a few years from when I interviewed him for an NME cover feature. He's in town for Reading and Leeds and the Foo Fighters’ Scotland and Ireland shows, so I asked him if he fancied popping along, not really expecting him to say yes. But he did!”

What have you got planned for the future of Club NME?

“New, buzzy bands and dancefloor fillers. I'm not sure I can promise Grohl-level talent every week, but I'd like to throw a few more special guests in along the way.”

Read Music Week’s NME feature from December 2018, when Gunn said the online title is "bringing back its big mouth, here.