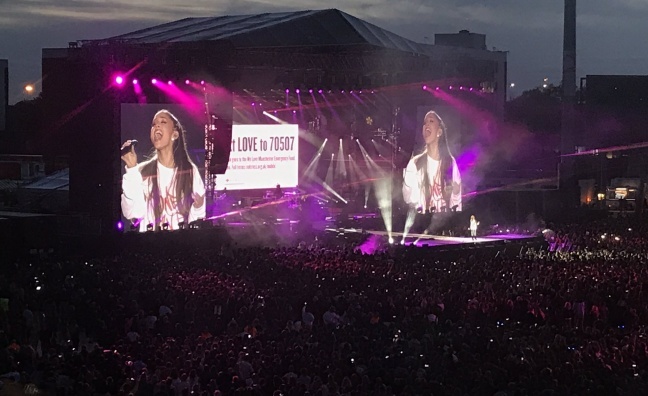 Ariana Grande’s One Love Manchester concert drew an average TV audience of 10.9 million viewers last night (Sunday, June 4), making it the most watched TV event of the year so far.

Claiming 49.3% of the evening’s TV audience and a 69% share of viewers aged 16-24, while 22.6 million viewers tuned in for at least three minutes, according to ratings analyst Overnights.TV.

It was also streamed live online and broadcast on television to over 50 countries across five continents. Millions are expected to have tuned in around the world through several online platforms.

The star-studded show, which featured performances from the likes of Grande, Take That, Katy Perry, Justin Bieber, Little Mix, Miley Cyrus, Coldplay, Imogen Heap and a surprise appearance from former Oasis frontman Liam Gallagher, was held to raise money for those affected by the terror attack at Grande’s Manchester Arena show two weeks ago. 50,000 people were in attendance on the night.

The British Red Cross confirmed that more than £10 million have been raised for the We Love Manchester Emergency Fund so far - £2 million alone was raised during the three-hour concert through text and online donations.

One Love Manchester executive producer Scooter Braun said during the show: “Manchester, your bravery is our hope. Because of you, we can now represent through this as a worldwide community, that we will be ready, we will be fearless and we will be great.”

You can read the Music Week review of the show here.