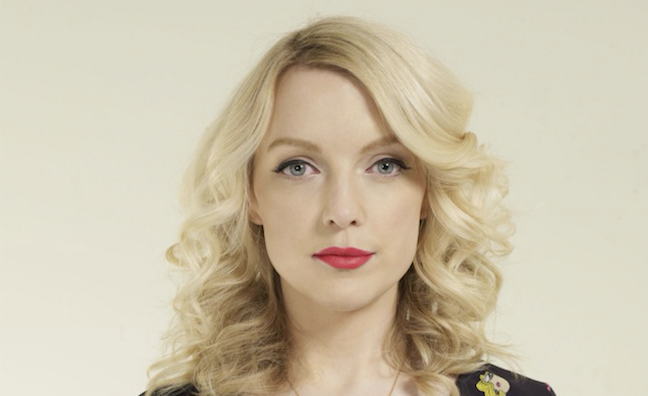 BBC TV and radio presenter Lauren Laverne has today (May 2) been appointed as the ambassador for Music For Dementia 2020, a new campaign calling for music to be accessible to everyone living with dementia.

An official press release stated that the initiative – which is also backed by Secretary of State for Health and Social Care, the Rt Hon Matt Hancock MP – “aims to make music available to people living with dementia and their carers across the UK.”

The campaign follows the publication of the ILC-UK report, in conjunction with The Utley Foundation, which highlighted how music can help improve quality of life for people living with dementia.

Speaking about her new role, Laverne said: “I can’t imagine my life without music. We all instinctively know how important music is, and how beneficial it is for our wellbeing. It connects us to others, to our memories and boosts our mood. That’s why it’s a central part of every important human interaction – from socialising with friends to weddings, even funerals. But because music is everywhere, we sometimes take it for granted, and that’s a huge mistake.”

She continued: “There is now a vast amount of scientific research exploring the enormous benefits music has for cognitive, physical and mental health. Music’s connection to memory is something we intuitively understand and celebrate every day on radio shows like mine, but we are failing to use this powerful tool in the fight against dementia. Music should be made available to everyone living with the syndrome.”

Lauren will bring her experience and insight from the music industry to her role with Music for Dementia 2020 - an initiative created and funded by The Utley Foundation. She will help shape the campaign over the course of two years and increase awareness around how and why music can be used as an integral part of dementia care.

Music should be made available to everyone living with the syndrome

Music For Dementia 2020 is a nationwide campaign backed by The Utley Foundation, a charity founded in 2014 by Neil and Nicky Utley.

Neil Utley, founder and trustee of The Utley Foundation, said: “We’re thrilled to have Lauren Laverne on board as an ambassador, who brings vast experience from the music industry. I know that she will be hugely influential in helping to spread the message about the impact music can have on the quality of life for people living with dementia.

He continued: “People with dementia often live in a silent world. Yet music can be used to minimise their day to day anxiety. The ability to connect to music is an innate aspect of being human and there is substantial evidence to demonstrate that.”

An official press release stated that there “are currently over 850,000 people living with dementia in the UK - supported by 700,000 informal carers who need support to keep caring for loved ones.” Dementia remains one of the leading causes of death in the UK, costing the economy £26bn – a figure set to more than double to £55m by 2040."

People with dementia and their families are being asked to sign up via the website to join the Music For Dementia 2020 taskforce to shape and inform the campaign.

Music for Dementia 2020 will be hosting a summer reception where representatives from the music industry, clinicians, practitioners and politicians will hear the goals of the campaign and have the opportunity to share ideas.

You can find out more information here.