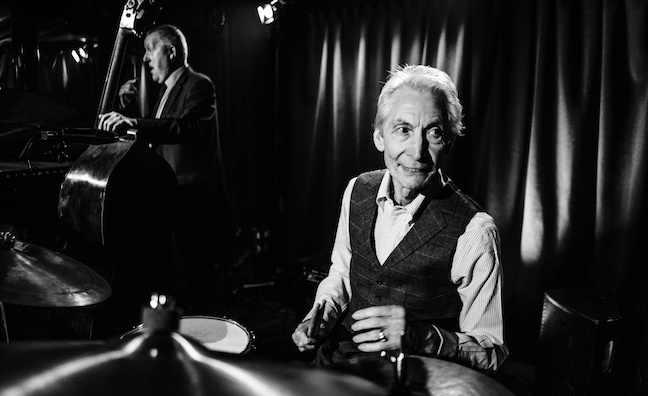 In the first live BBC black & white TV programme since the 1970s, BBC Four is bringing back the 1960s BBC show Jazz 625 for one night only.

It will also feature a recorded performance from Rolling Stones drummer Charlie Watts, as part of a quartet with saxophonist Scott Hamilton.

Watts said: “That’s one of the nice things about Jazz 625, they had all the best guys on there. In those days, they had real stars and distinctive players. That was one of things I loved about those guys… they just looked so great when they played.”

Jazz 625 broadcast from 1964 to 1966 and featured classic performances from the likes of Duke Ellington, Thelonious Monk, Dizzy Gillespie, Ronnie Scott and Cleo Laine.

The revival at 9pm on May 3 will feature selections from the archive and the house band, as well as a new interview with Dame Cleo Laine.

Presented by Andi Oliver the programme will also include interviews and features with some of those who appeared and worked on the original Jazz 625, as well as those who have been influenced by the series.

Cassian Harrison, channel editor, BBC Four, says: “As the home of music on television, I’m incredibly proud that BBC Four is celebrating one of the most legendary of music shows. Jazz 625: For One Night Only promises to be a terrific night of the very best of classic Jazz from the world’s leading contemporary performers.”

Lewis Carnie, head of Radio 2, said: “Jazz is hugely popular with our listeners, so I’m delighted that Radio 2 will once again be broadcasting from the Cheltenham Jazz Festival, celebrating the genre with special programmes across that weekend and bringing fans even more of the music they love.”

Jazz 625: For One Night Only is a Somethin’ Else production for BBC Four.