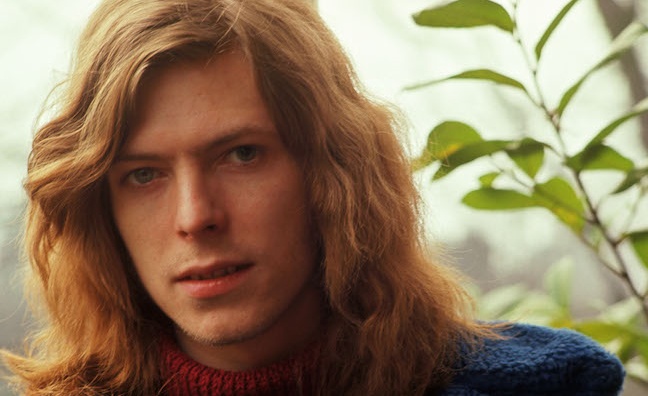 The final part of the David Bowie documentary trilogy is set to air on BBC Two in 2019.

Ahead of the documentary, BBC Four will broadcast David Bowie at Glastonbury 2000 this month. It is also being released on DVD.

Warner Music is also continuing its catalogue campaign for Bowie.

The new film - which will air 50 years after the release of Space Oddity - is a 90-minute documentary exploring the Bowie before Ziggy Stardust. Starting in 1966, soon after David Jones changed his name to Bowie, the film traces his interest in everything from Holst to Anthony Newley and Tibetan Buddhism.

Speaking in one of the archive clips featured, Bowie says: “I spent all my formative years adopting guises and changing roles, just learning to be somebody. I wanted to be accepted as David Bowie - a person that you will always watch to see what kind of thing he is doing.”

Whately said: “Making this trilogy has been an incredible experience for me, unearthing rare recording, footage and archive, and the privilege of speaking to so many of his friends and collaborators who were so open in talking about the Bowie they knew, loved and admired so much. He is possibly now even more famous in death than in life and I hope this film will bring some new understanding to this great artist from the early years of his incredible life.”

The film also unearths a report, deep from the BBC Archives, following a BBC audition in November 1965 of a band called David Bowie and the Lower Third. Their audition material included Chim-Chim-Cheree as well as an original number called Baby That’s A Promise. The BBC’s ‘Talent Selection Group’ describe Bowie as having “quite a different sound”, but also “no personality”, “not particularly exciting” and “will not improve with practice”.

Patrick Holland, channel controller, BBC Two, said: “Francis Whately has already created two stunning films about transformative chapters in the extraordinary life of David Bowie. This third film completes that trilogy with the most important and surprising period, the first five years. We are delighted to play it in BBC Two.”

Jan Younghusband, head of music TV Commissioning for BBC Music, said: “We were so honoured to work with David Bowie in his lifetime, and so delighted to be able to continue his story on the BBC with this new film, which looks at the incredible journey of his rise to fame, including first time testimony from the people with him along the way in the early days, and also to show his unique performance at Glastonbury.”

Further highlights in the film include a deconstruction of Bowie classics including Space Oddity and The Man Who Sold The World through the eight track masters and previously unheard demos, alongside master tapes from songs that Bowie wanted to forget, such as The Laughing Gnome.