Bon Jovi, Nina Simone and more inducted into the Rock And Roll Hall Of Fame 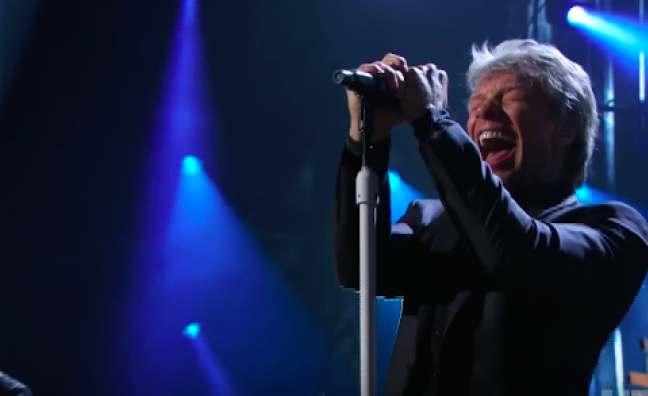 The 33rd annual Rock And Roll Hall Of Fame ceremony took place in Cleveland, Ohio's Public Auditorium on Saturday (April 14). The event, which was hosted by Howard Stern, welcomed a new batch of bands and artists into the Hall Of Fame – which this year was open to acts who have active from 1992.

Those inducted on the night were Bon Jovi (who were reunited onstage with guitarist Richie Sambora for the first time since 2013, before playing You Give Love A Bad Name, It’s My Life and When We Were Us and Livin’ On A Prayer), The Cars, Dire Straits (sans Mark Knopfler who was a very public no-show), Nina Simone (who was inducted by Mary J Blige), Sister Rosetta Tharpe and The Moody Blues.

The 2018 ceremony also saw the introduction of a brand new category. Announced onstage by Steve Van Zandt – and made effective immediately – was the The Rock and Roll Singles honour. Six singles were inducted on the night: Ike Turner’s King’s of Rhythm’s Rocket 88, Link Wray’s Rumble, Chubby Checker’s The Twist, the Kingsmen’s Louie Louie, Procul Harum’s A Whiter Shade of Pale and Steppenwolf’s Born To Be Wild.

The night also paid tribute to a host of music legends who have passed away in past months: Malcolm Young, Tom Petty, Glen Campbell, Gregg Allman, Fats Domino, Chester Bennington and Chris Cornell – the latter of whom was honoured by Heart’s Ann Wilson and Alice In Chains’ Jerry Cantrell who covered Soundgarden’s Black Hole Sun.

You can watch select highlight of the ceremony below: