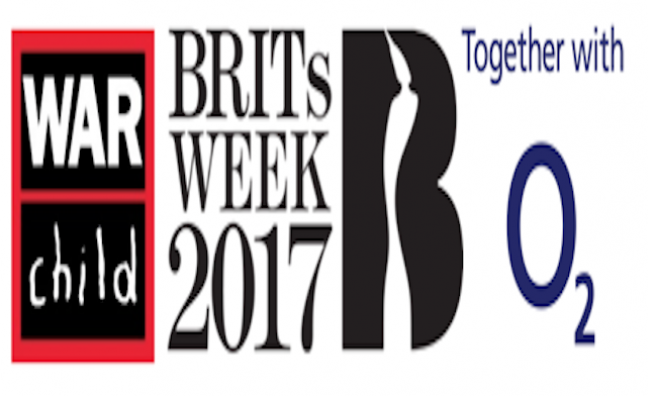 The BPI, War Child, AEG and O2 have announced that £567,190 has been raised for War Child through this year’s BRITs Week With War Child Together With O2 – a total that surpasses the amount raised by the same series of shows last year. The gigs all took place in London last month, giving fans the chance to see the likes of The 1975, Biffy Clyro, Rag’n’Bone Man, Tinie Tempah, Rick Astley, Anne-Marie and many more in an intimate setting.

Speaking about the event, BPI and BRIT Awards chief executive Geoff Taylor said: “BRITs Week not only puts on amazing shows that live long in the senses, it also gives artists and fans the opportunity to support the vital work of War Child. It’s wonderful that such a huge sum has again been raised – this year’s fantastic total means that well over £1.5 million has now been raised for War Child in the 3 years that we have partnered with them. We’d like to warmly thank all the performers and their managers, record labels, and, of course, the fans, for their generosity. The success of BRITs Week reminds us once again of the transformative power of music and the unique role that it can play in changing people’s lives for the better.”

Also praising the success of the event, Liana Mellotte, head of music, entertainment and development at War Child, said: “Live music changes lives, and each year we’re astounded and overwhelmed by the music industry’s incredible support of War Child. This year, twelve shows took place across London during BRITs Week and we’re thrilled that for the third year running we've surpassed the previous year's fundraising total. None of this would have been possible without the amazing support and tireless hard work of our partners O2, the brilliant artists who donated their time and talent in support of our vital work and all the fantastic fans who bought tickets. War Child cannot thank them enough.”

Nina Bibby, CMO at O2 addded: “We’re proud of our longstanding partnership with War Child to help raise funds for their invaluable work with children affected by war. Each year this series of shows goes from strength to strength and this year was no different. More incredible artists performed in unique venues across London than ever before, but more importantly a new fundraising record was set. We'd like to thank all the O2 customers who helped to contribute.”