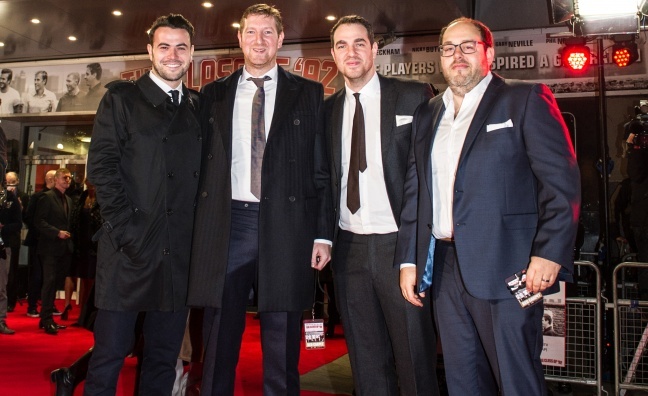 The production team behind global smash Carpool Karaoke has declared its desire to once again make music shows a regular fixture on mainstream TV in the UK.

Having transformed James Corden from UK sitcom star to one of US TV’s hottest properties by way of their Carpool Karaoke series, Fulwell 73 now has its sights firmly set on reviving music television on UK shores.

The team’s founding partners - Ben Winston, Ben Turner, Gabe Turner and Leo Pearlman – bring an extensive and varied skill set to the table. In recent years they have produced award-winning documentaries (The Class Of ’92, I Am Bolt), concert films (Robbie Williams: One Night At The Palladium, One Direction: Where We Are) and feature films (White Island, Piggy). Add to the mix the recent appointment of legendary TFI Friday producer Suzi Aplin and they look well positioned to launch a new music show.

“Within 12 hours of [Aplin’s appointment] going out we had three or four approaches from major channels saying, We’ve got to set up a meeting to talk about a brand new show,” Pearlman told Music Week. “Music is an area that’s being underserved on television at the moment.”

He also highlighted the evolving tastes and viewing habits of audiences, as well as the forward thinking approach of US network CBS in helping make Carpool Karaoke such a runaway success.

“Let’s be honest, the reason people are getting in touch at the moment, is because The Late Late Show has done incredible things for us,” Pearlman continued. “But what CBS have done is have the balls to say, This content lives outside of its natural home on television and it’s about the digital impact that it has over the next few days, not about how many people tune in at 12:30 at night on the West Coast. And those numbers are completely off the scale. If a channel here has the balls and the courage to say, Let’s make something that doesn’t need to just live in that slot… With a music show in particular, that’s really the key.”

Not since Top Of The Pops has the UK had a truly mainstream, dedicated music TV show. Of course, there’s The X Factor and The Voice, but these are essentially reality competition shows, as opposed to platforms for contemporary artists. And, according to Pearlman, a Top Of The Pops-style show would be well suited to today’s digital audience.

“[If Top of the Pops was on now] it would have moments that would have ended up having 20 million views over the course of a few weeks,” Pearlman continued. ”Whether it’s a live music show or not, whether it’s performances or not, I just think there’s something amazing to do in that space. But a channel’s got to say, Go and do it.

“There’s nothing aimed at that weekend audience, nothing contemporary and relevant. There should be a show like that and we’d love to be the ones to make it.”

You can read our interview with Fulwell 73 in full here and in the latest issue of Music Week.