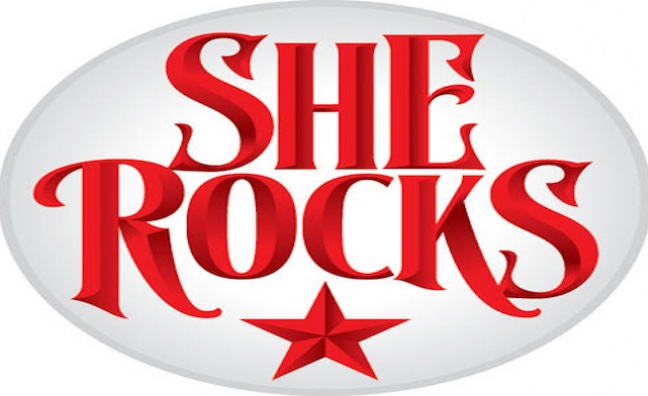 Classic Rock, Metal Hammer and Prog magazines – alongside their online platform, TeamRock.com – have announced they have joined forces to launch a month-long #SheRocks campaign celebrating women within the rock scene. Launching this month, the campaign is set to tackle the issues affecting women in rock music and its surrounding industry today.

Speaking about the February campaign, Classic Rock editor Siân Llewellyn said: “While female artists rule the worlds of pop and country, they just aren’t as prominent or successful in rock music. We ran an online poll recently to find the greatest rock albums, and only one band with women in its line-up made the Top 100. And because they’re not as big, magazines tend to cover female artists less – this is a chance to tell their stories.”

Eleanor Goodman, Metal Hammer’s deputy editor added: "Thankfully, the days of female fans being perceived as groupies and female musicians being perceived as a novelty are receding into the past. Women continue to contribute to metal all across the industry, strengthening our world behind the scenes and onstage. In 2018, it's even more vital than ever to celebrate their role.”

Metal Hammer's cover stars for February are multi-platinum-selling metal act Nightwish, who head up a special issue highlighting the women defining metal in 2018. It includes interviews with Epica, Arch Enemy, Oceans Of Slumber, Myrkur, Venom Prison, Doro and more, plus a special look at the women behind the scenes changing metal for the better, and the people spearheading special initiatives for young women looking to break into the industry.

Finally, Prog’s cover stars are Anathema, whose vocalist Lee Douglas has been voted Female Singer of the Year five times in the magazine’s annual readers poll, and includes a look at the changing role of women in progressive music in the modern age.

All three magazines will be available this week. More updates will available TeamRock.com and its socials via the hashtag #SheRocks.