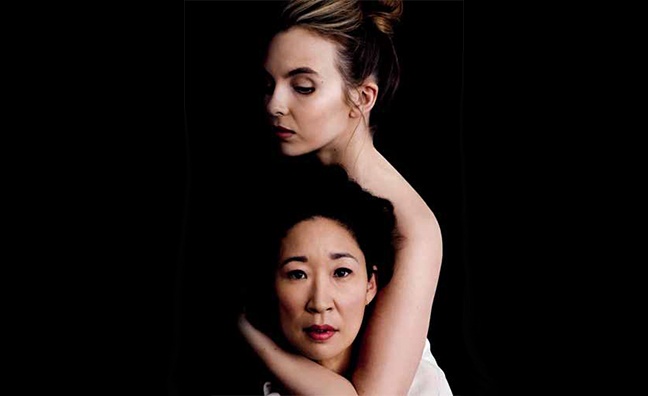 Killing Eve has captured the imagination like few other TV dramas in 2018, and the soundtrack has created a huge buzz in the sync community.

Iain Cooke, president of the UK & European Guild Of Music Supervisors, has been among the executives to praise the use of music in the show, which stars Sandra Oh and Jodie Comer as a detective and serial killer trapped in a game of cat and mouse.

In the new edition of Music Week, on sale now, we feature Killing Eve in Sync Story, focusing on the multiple uses of music by Irish band Unloved, led by composer and producer David Holmes, whose CV includes The Fall and the ’71, for which he won an Ivor Novello award. Holmes has worked with Noel Gallagher and also won an Ivor Novello for London Spy in 2016.

Music Week caught up with Holmes and music supervisor Catherine Grieves of Faber Music to discuss all things Killing Eve and to find out why Holmes own band, Unloved, proved such a good match for its blood-stained storyline...

How did you settle on Unloved as a good fit for Killing Eve and what do you think their sound adds to the show?

Catherine Grieves: “We wanted a featured female voice in the soundtrack from the outset, a voice and sound that captured the depth and intricacies of our two female lead characters: strength, darkness, passion, humour. We were interested in David Holmes scoring the show; I was a fan of his film and TV scores, and he has worked with some great artists as a producer, so we knew he’d have some interesting ideas to bring to the table. It turned out that his own band Unloved were this perfect match, not only in their sound, but also the themes of their songs felt almost like they’d been written for the show.”

David Holmes: “The truth is simply that the series and the music fit like a glove. As I laid in a lot of the tracks, we were astounded by how perfectly certain tracks fitted at the right moment. I’d never laughed so much at how everything slotted together. In the end, we used over 20 Unloved tracks, most of which had been created seven or eight years ago. This has happened a lot to me over the years with other films like Out Of Sight and Ocean’s 11 with my albums Let’s Get Killed and Bow Down To The Exit Sign.”

Without giving too much away, what are some of your favourite uses of the band's music in the series?

DH: “The use of Sigh when Eve is trying on the clothes Villanelle bought for her, Devils Angels at the end of episode one and the use of Xpectations at the opening of episode one when Villanelle spills the ice cream over the little girl in the cafe. There are actually too many to mention…”

CG: “There are so many! I also love the opening of episode one with Xpectations. That scene sets the tone for the whole show, it’s cinematic and sultry, with this ominous intriguing build, then unexpectedly Villanelle purposefully knocks the ice cream into the little girl’s lap, smirking with a glint in her eye. Xpectations captures that so well, and I think Jade’s vocals are delivered with such a dry attitude that you immediately know that the show is going to be full of the unexpected.”

Your work on this show has garnered lots of praise. Why is the Killing Eve soundtrack unique, what makes it so special?

DH: “Because the show is fresh and we were given so much freedom to do things our way rather than follow a track that the director had fallen in love with. Freedom equals confidence, which equals creativity, so we constantly questioned everything and tried to be bold in our choices. It was so much fun to do.”

CG: We had a strong and interesting musical vision from the beginning that runs through all aspects of the soundtrack, through the score, to Unloved as a featured artist and the commercial tracks. Importantly, we had the trust from everyone to run with that vision. David is an incredible curator of music to picture, which means that all of the music is selected and then crafted carefully to work with each scene, so every track feels intrinsic rather than an afterthought. It’s such a creative show to work on.”