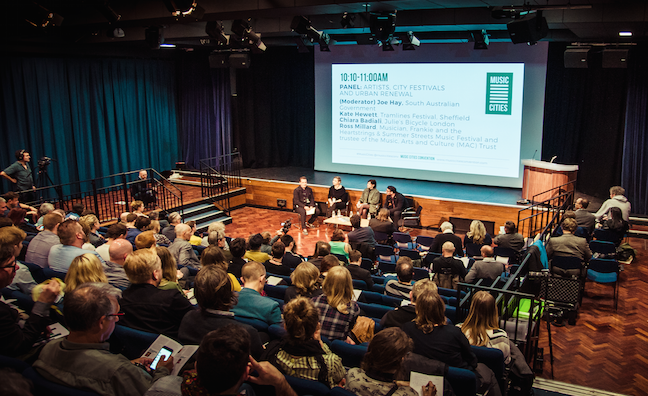 The inaugural Music Tourism Convention will be held from February 16-17 at the Titanic Hotel, Liverpool, with the event designed to explore how music can influence and benefit tourism.

According to organisers, direct and indirect music tourism spend in the UK alone currently totals £3.7 billion, with over 9.5 million people visiting the UK to attend music festivals and other events.

Launched by VisitBritain, Sound Diplomacy and Marketing Liverpool, the Music Tourism Convention will look to shine a spotlight on the ways in which the UK can do more to encourage and promote music tourism.

Convention speaker Peter Hooton (platinum selling musician with The Farm, and responsible for heading up Liverpool’s Beatles legacy) explained the importance of music to Liverpool’s economy: “A recent study revealed that music tourism associated with The Beatles brought over £82 million to the Liverpool economy and helped generate 2,335 jobs.

Punk London’s Mike Clewley, another speaker at the event, also highlighted the importance of music to both the economic and cultural heritage of cities. His Punk London event in 2016 celebrated the 40th anniversary of punk.

“The initial idea came from a brainstorming meeting with the Museum of London and the British Fashion Council, looking at campaign ideas to evolve the storytelling of London’s culture,” he said. “My personal highlight was seeing how people responded to Punk London. Asking, what is punk? Is it part of our heritage? What does it look like now? Is it still a force?”

For a full list of confirmed speakers, visit http://www.musictourismconvention.com/speakers/.