'End of an era': The artist community salutes NME as print edition closes 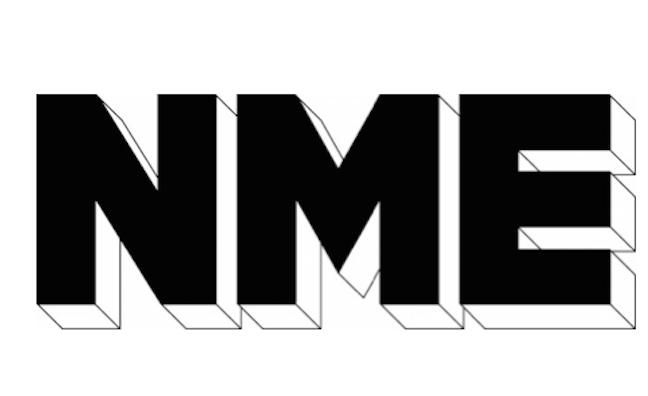 Yesterday (March 7) brought the news that NME is to cease publication of its weekly print edition.

Paul Cheal, Time Inc. UK group managing director, music, said the weekly print product "is no longer financially viable," adding, "it is in the digital space where effort and investment will focus to secure a strong future for this famous brand.”

NME staged its annual awards last month, after which editor Mike Williams  stepped down from his role.

The music paper was first published in 1952, and a number of artists it has championed over the years have posted tributes on social media.

Scroll down for a selection of their words and pictures.

Goodbye NME thanks for all the support over the years all the good times and all the covers and all the interviews and awards and even letting the boosh take over your magazine one week ! Gonna miss you x x x pic.twitter.com/I1qqjS6Ec8

End of an era. Me in my #adultnet days ( my solo band) on the cover of The NME.
I remember being so honoured to be on that cover.#RIPNME pic.twitter.com/bdXUNkRFLK

Our first @NME cover. Tim was actually yawning in this shot but the photo editor must have thought it looked like a roar or something ????????Rest in peace, thanks for all the support in the early days of Ash #RIPNME pic.twitter.com/Fb9fzYpi5w

Farewell @NME. You were once my bible, gave me moments with my heroes, turned music into words of grandeur, gave me identity, a flag to carry. In the 80s I made out I hated you but was thrilled when I made the cover. The inky press are dead I said, but now you really are I’m sad pic.twitter.com/NV10M52OZL

Goodbye @NME and thanks for the memories

A truly sad day that such an icon is no more. Thank you for the memories. They're gonna miss you when you're gone. RIP NME. pic.twitter.com/NWUddsg1iV

#RIPNME This is from an NME photo shoot in 1997. Kenickie on the Staten Island Ferry. Should mention NME wouldn’t put us on the cover because we refused to strip off and be painted gold. pic.twitter.com/Gly7MKQ4ym

#RIPNME Thanks for everything NME. Nice to have known you. Love from the 'Orrible 'Oo. pic.twitter.com/nhTSpOQf96

Really sorry everyone, it seems printing our faces on the cover was the final nail in the coffin for @NME. pic.twitter.com/ZToXzvbbz9

I sent a demo CD in from an advert that I saw in NME. 6 months later I was signed to the biggest record company in the world. It pains me what the industry is now and i genuinely hope that in the future it’ll be back to a place where magazines like the NME matter ????

The end of an era.
R.I.P. @NME’s print edition. pic.twitter.com/Scw7k0Dwv1

RIP NME - I sneaked onto the corner of a front cover...... I’ll take that x pic.twitter.com/cErtPg6Ysk

Gonna miss the @NME print mag. As kids feeling isolated in the north it was an important connection to the outside world for us. As touring musicians in the early 2000’s it was omnipresent in our lives, and we are thankful for all the memories they helped make and document! pic.twitter.com/KyBLjPfhKA

RIP physical NME. Long may your digital soul flourish. Thanks for the memories... pic.twitter.com/MW4h1dM28c

I remember that time you put me on the cover.

With the guy fae #Wings.https://t.co/k9AbYNNKn2

The @NME gave us our first interview which lead to this front cover and a wonderful vocation. Thank you and here's to continued success in the digital world ???? pic.twitter.com/nYfldsLn6D

RIP @NME I still remember the feeling of our band first being mentioned in your hallowed pages. (And have a copy of every time we’ve been in it) Blessed to have been part of that historic magazine. ???? pic.twitter.com/9oOISRSwDL

Very sorry to hear about the @NME issuing its last print edition. Love to all the writers there who’ve helped us over the years, and to all of you that picked up a copy. Blessed to have had you in our corner. pic.twitter.com/EzZ7cvCaYQ