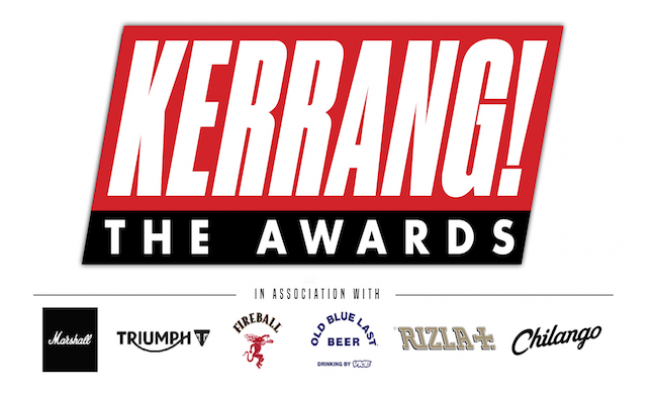 Foo Fighters, Biffy Clyro  and Enter Shikari were among the big winners at the Kerrang! Awards 2018, as the weekly rock title relaunched its annual ceremony tonight (June 21) at Islington Town Hall.

The event was attended by a host of the biggest rock bands around, including supergroup The Hollywood Vampires – featuring Alice Cooper, Aerosmith’s Joe Perry and Johnny Depp – plus Toni Iommi of Black Sabbath and Corey Taylor of Slipknot and Stone Sour.

“I would like to dedicate this to Chester Bennington,” said Grohl to a huge round of applause. “I know what it’s like to lose someone...”

The winner of the biggest laugh of the night was a draw between Alice Cooper and Enter Shikari frontman Rou Reynolds. The former brought the house down by saying he was nervous to be in the same room as "Biffy the vampire slayer" while the latter offered a, well, somewhat explicit description of Shikari's creative process.

A number of special awards were also handed out to veteran acts who have shaped the sound of rock music.

Joe Perry was presented the Kerrang! Inspiration Award by fellow Hollywood Vampires band member and Hollywood star Johnny Deep, who hailed the Aerosmith guitar hero onstage as someone who was “born to be a rockstar.”

The recipient of the Kerrang! Legend Award was Slipknot/Stone Sour frontman Corey Taylor.

“I’m humbled by this, I don’t look at myself like that,” acknowledged Taylor. “But if other people do; fuck it, let’s get it on!”

The ceremony closed with Black Sabbath legend Tony Iommi receiving a standing ovation from the room as he was presented with the Kerrang! Icon Award.

You can read the full list of winners below:

The Kerrang! Awards 2018 was the first version of the ceremony to be held following investment from its new independent owners Wasted Talent Ltd - the weekly rock title having moved from Bauer Media last year.

You can read Music Week’s recent interview with the Kerrang! team talking about the ceremony and their plans for global expansion here.