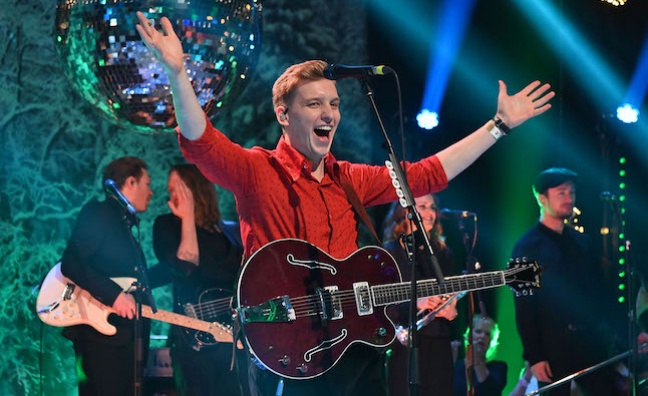 Top Of The Pops may now be confined to the Christmas TV schedules but it’s still an important fixture for the music industry.

Two editions of the iconic music show, both hosted by Fearne Cotton and Claro Amfo, aired over the festive season.

The second edition of 2018, broadcast on December 29, reached 2.2m, up 600,000 on last year. Its line-up included Christine And The Queens, Years & Years, Mabel and Tom Grennan. The show may have been helped by a slightly later time slot, which secured similar ratings to 2016.

The overnight figures do not take into account subsequent on-demand views on iPlayer.

The biggest audience for music on TV was the New Year’s Eve BBC One broadcast, featuring a DJ set during New Year’s Eve Fireworks (peaking at 13m viewers) and a gig by Madness. While figures for the concert either side of the fireworks are not confirmed, it seems likely to have beaten the ratings for Nile Rodgers a year before.

Other ratings winners included Jane McDonald & Friends on Channel 5 and The Greatest Showman on Sky One, as well as a Christmas Day edition of Michael McIntyre’s Big Show featuring Katherine Jenkins (6.1m).