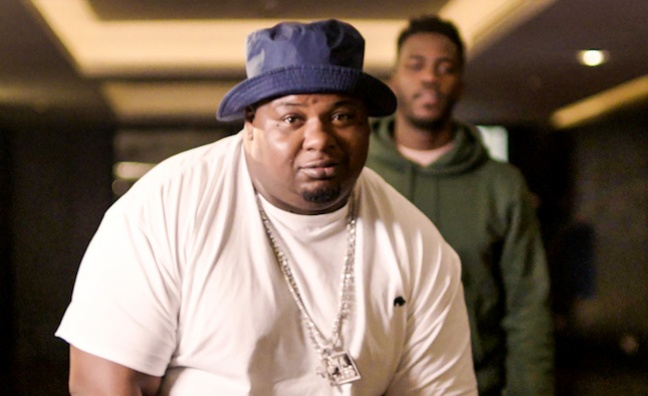 Channel 4 is to screen a new late-night entertainment series fronted by Big Narstie this month.

Launching at 11pm on Friday, June 29, The Big Narstie Show is a series of six 60-minute episodes that will provide another potential TV outlet for the music industry. It follows the launch last year of BBC One’s early evening show Sounds Like Friday Night.

The grime MC will present alongside comedian Mo Gilligan in front of a live TV audience. Confirmed guests for the late-night alternative entertainment show include Ed Sheeran and Craig David. Big Narstie and David collaborated on 2015 Top 10 single When The Bassline Drops (587,949 OCC sales).

In each episode, the presenters will be joined by celebrity guests alongside segments on the news of the week, TV, showbiz, trends and phone-ins.

“It’s going to be the real world on TV for the first time,” said Big Narstie.

Syeda Irtizaali, commissioning editor, Channel 4, said: “I can safely say the pilot was like nothing else on television - mad, funny, anarchic and utterly distinctive - and I am delighted that we now get to spend quality time in the company of the indomitable and brilliant Big Narstie and the ridiculously talented Mo Gilligan. This series is going to be a real treat.”

Ben Wicks, creative director, comedy entertainment at Expectation and executive producer, said: “Big Narstie - musician, titan of the internet and master-twister of the English language - let loose in his own anarchic late-night Channel 4 show, is the best thing to happen this year. We cannot wait to work with him, and his co-host - 2018’s hottest comedic talent - Mo Gilligan. You’ve never seen anything like it, unless you’ve watched Graham Norton on acid.”