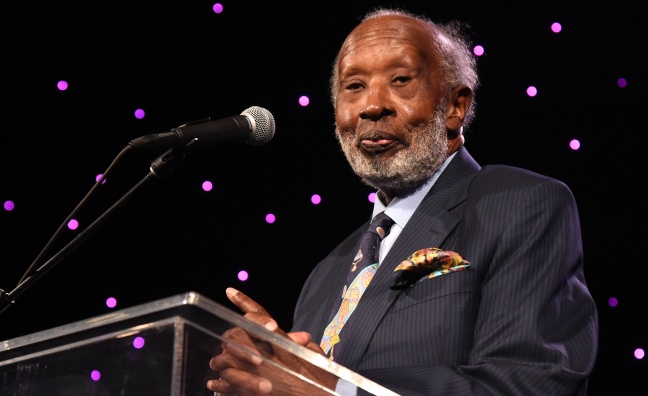 If 2019 was supposed to be the year the Grammy Awards dragged themselves into the modern age, well, not everyone at the Pre-Grammy Gala & Grammy Salute To Industry Icons got the memo.

The most old-school of all old-school dos, hosted as ever by the legendary Clive Davis, attracts a stellar castlist, both on stage and off. But it had little time for Sir Lucian Grainge’s mantra at the Universal Music showcase (“No filter, no MC, no long speeches”) and lots of time – lots and lots of time – for everything else.

This is an event where even the event title is too long. Maybe it’s intended as a bootcamp warm-up for the never-knowingly-underdone Grammy Awards themselves, but the format – dinner followed by multiple speeches and performances – is not designed for modern attention spans.

So Recording Academy president Neil Portnow introduced LL Cool J who introduced Davis who introduced pretty much everybody in the room. To be fair, they were worthy of note, with everyone from Apple’s Tim Cook to Barbra Streisand to Joni Mitchell to Berry Gordy to David Hockney to Alice Cooper given a moment in the spotlight by the genial Davis, even if the host of US sport stars and politicians (Nancy Pelosi, speaker of the House Of Representatives, gained the most rapturous applause) were largely unfamiliar to the Brits in attendance.

Davis also gave fulsome praise to the outgoing Portnow; possibly rather too fulsome judging by the muted reaction in the room. A lengthy list of Portnow’s undoubted achievements notably missed out last year’s Grammys incident where he urged female artists to “step up” in order to gain recognition at the ceremony.

But tonight was not a night for controversy. The performances largely fell into the good-but-safe category: an unusually preppy Travis Scott; a schmaltzy Florida Georgia Line & Bebe Rexha; a slowburning HER; a stirring-but-straight Aretha Franklin tribute.

Brandi Carlile provided some true grit while a surprise performance from Prince associates The Time provided a rare moment of spontaneity, leaving Portnow struggling with the running order.

The Time were there as part of the tributes to Clarence Avant (pictured), the legendary manager and label executive and entrepreneur who picked up the 15th Industry Icon award. Also paying tribute were everyone from Sir Lucian to Bill Clinton and Barack Obama (on video) and Quincy Jones (in person), who said: “Everyone in this room has probably called on him for something and, if you haven’t, you probably should”. Portnow dubbed him “the ultimate music person”.

Avant himself took to the stage and proved himself an excellent reader of rooms by keeping it brief, quipping about asking for donations and noting: “I’m really appreciative of all this.”

The feeling, as ever with such a legend, was mutual.

* For more of Music Week’s Grammys coverage, click here, here and here – and stay tuned to musicweek.com and our social media feeds.