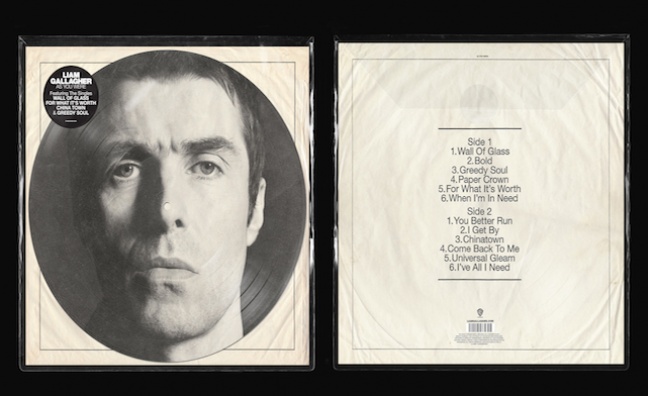 HMV has today (May 16) has announced the return of its Vinyl Week initiative to coincide with the 70th anniversary of the 12” 33 ? vinyl LP format. The event will run from Friday June 8 to Sunday June 17.

The first set of HMV’s exclusive pressings, which will be available for customers to buy instore on Saturday June 16, include Liam Gallagher’s As You Were (available for the first time as a picture disc) and the soundtrack to Lock Stock & Two Smoking Barrels (pressed in black and gold splatter vinyl).

Also receiving limited releases are the Proclaimers’ Sunshine On Leith on yellow vinyl and Siouxsie & The Banshees’ iconic 1981 release, Juju will be pressed on gold vinyl.

As well as exclusive pressings, from 8th June hmv will have amazing offers on over 100 titles from classics to contemporary albums across their 120 UK stores.

Speaking about the event, BPI’s Gennaro Castaldo said: “Drawing on its rich music heritage, hmv has played its full part in helping to bring the format back into mainstream popular culture - giving it significant profile instore as well as major promotion through hmv Vinyl Week, which has become an important event in the music industry calendar.  With June 2018 marking the 70th anniversary of the album on vinyl LP format, this year’s hmv Vinyl Week should prove an extra special one.”

HMV will be hoping to replicate the success of this year’s Record Store Day, which saw album sales increase by 33% year-on-year, according to Official Charts Company data for April 21 and was estimated to have helped shift 60,000 LPs and 30,000 vinyl singles.

Based on OCC figures, the estimated value of vinyl sales was up 16% compared to last year’s Record Store Day. The majority of the 240-plus shops taking part reported sales increasing by between 10% and 20% year-on-year.