'I can't wait to share all my latest discoveries': Radio 3 signs up rising star Jess Gillam 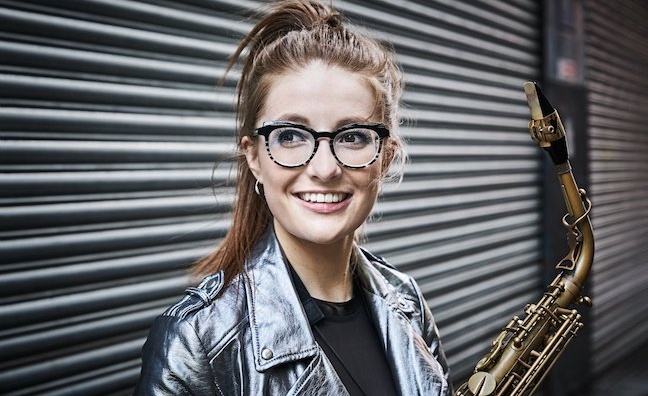 A rising star of the classical world, Gillam performed at the BAFTAs this month and made appearances at last year’s BBC Proms season, including Last Night Of The Proms.

The 20-year-old former BBC Young Musician finalist will be the youngest presenter on the station. It’s part of a schedule shake-up at Radio 3, including other new presenter signings.

The first episode of This Classical Life will air on BBC Radio 3 on April 6, and will be available as a podcast on BBC Sounds.

Gillam said: “I’m so excited to be joining BBC Radio 3 as the presenter of This Classical Life. Music is such a huge part of my life, and I can’t wait to share all my latest and greatest discoveries with fellow musicians who will be joining me on the show, as well as with listeners at home.”

Alan Davey, controller BBC Radio 3, said: “Classical music is a modern, living art form and nowhere do you see that more than in the great performers and composers who are bringing us vital new work or interpretations of the great music of the past.”

The move comes ahead of the March 4 launch of Bauer Media’s new classical network, Scala Radio. As well as big broadcasting names including Simon Mayo, Mark Kermode and Anthea Turner, Scala has also its own contemporary classical artist, Alexis Ffrench, as a station presenter.

Radio 3’s schedule changes also include a second slot on the station for The Listening Service, on Friday afternoons at 4.30pm. Presented by Tom Service, the show provides insights into the inner workings of music.

Other programming announced today includes Opera Fix, a four-part Classical Fix special on Sunday evenings presented by soprano Danielle de Niese, beginning on March 11. Recorded at English National Opera, the programme will aim to demystify opera for the uninitiated. It will be available as a podcast on BBC Sounds.

Davey added: “I am of the belief that classical music doesn’t sit in isolation, and I know that audiences are ceasing to distinguish it from other genres. I’m keen, therefore, that our schedule acknowledges that as part of our distinct offer, which aims to connect audiences with remarkable music and arts. From Jess Gillam’s discussions with young performers of their musical influences, premieres and new takes on established works such as Mahan’s revisionist history of Bach, or Sean Shibe’s look at the guitar, there’s something for everyone on BBC Radio 3.”

The changes at Radio 3 follow a shake-up in radio schedules across BBC and commercial stations.