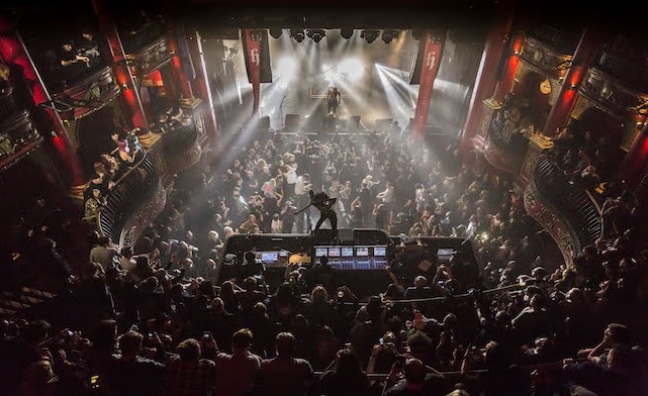 Iron Maiden, Bring Me The Horizon, Twenty One Pilots and a host of other acts have today (May 1) been confirmed as finalists for the third annual Heavy Music Awards.

The shortlists – spanning a number of sectors – were derived from nominations from almost 600 industry insiders. As in previous years, the public will now vote to decide the winners at vote.heavymusicawards.com. Voting will close at 5pm on Thursday June 27.

The winners will be revealed at the Heavy Music Awards 2019 ceremony, which will take place at the O2 Forum Kentish Town, London, on 22 August.

Speaking about the shortlists, HMAs co-founder Dave Bradley said: “We’re overwhelmed by the support the HMAs have received from the industry at large, and excited that the many hundreds of individuals who nominated have once again produced shortlists that show the strength and diversity of the heavymusic landscape in 2019.”

He continued: “The Heavy Music Awards are built around a philosophy of inclusion and positivity – we’re incredibly proud to promote that message, and we can’t wait to celebrate once again at the biggest HMAs yet on 22 August.”

You can see the full shortlists below:

Having launched in 2017, the Heavy Music Awards 2019 will take place at the O2 Forum Kentish Town, London, on 22 August, supported by the likes of EMP, Spotify, Ticketmaster, Allianz, Fireball, BIMM, The Pit, Believe and Moshhh, while the event’s key charity partner for 2019 is Nordoff Robbins.