'It feels like the right time': Bauer Media's Gary Stein gets ready for the launch of Country Hits Radio 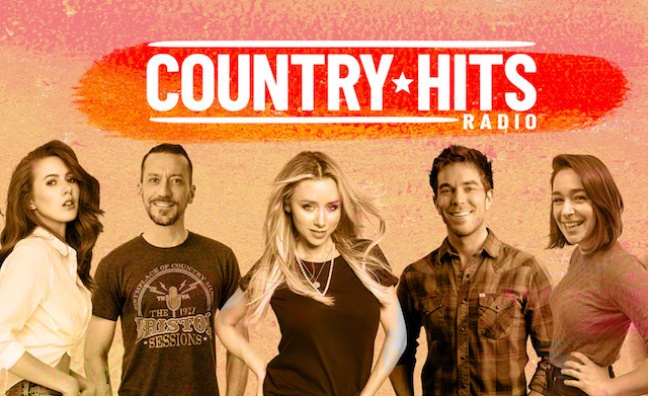 Gary Stein, group programme director – Hits Radio Network, says the country genre has been “under-served” as the station targets a million listeners. Here, he opens up about the big ambitions for the new station...

What makes you confident the time is right for such a station to launch?

“We’ve seen all the indications are that there’s been a real growth in the contemporary country music scene in the UK over the past few years. The clues have been in the amount of events and festivals that are starting to crop up. The way that C2C is attracting new audiences and actually tickets are selling faster than ever. Country music sales are up over the past few years and it’s one of the few genres to increase physical sales and downloads, while many are decreasing as streaming’s taking over. So we looked at all that and just felt that this was a genre that is fairly under-served at the moment and doesn’t have a national station representing it. It feels like the right time.”

What’s the presenting line-up for your launch?

“Baylen Leonard is presenting a weekday show [Monday to Friday, 10am-1pm] and obviously we’re massively excited about that – he’ll be able to bring his passion for country music to audiences across the country. We’re also bringing Ty Bentli to the schedule as well. He’s going to do the evening drivetime show [5-8pm]. He’s a big name on the country music scene in the US. The great thing about Ty  is he gets access to all the big American stars and obviously a lot of those artists make up quite a considerable part of the music in our playlist. So being able to reflect that and give UK listeners access to some of those artists is going to be quite special.”

Is the music industry showing its support?

“Yeah, we were lucky enough to be invited along by Milly Olykan to a Country Music Association taskforce meeting, which was just before this year’s C2C, and we were given the platform to talk to that group of people about the radio station’s launch. There were a lot of industry people in that room, a lot of UK record labels and people who are obviously plugged into the country music scene in the UK. It really felt that this was what the community was waiting for. For the genre to have its own national UK station, I think they’re really excited about that. The record labels themselves gave us quite a lot of insight before we actually decided to make a launch. I think the labels all felt there was a big gap in the market. There was nowhere [covering country] apart from some specialist shows on Radio 2 and Chris Country Radio, who obviously has been at the forefront of championing the country music scene in the UK. But there have not been many outlets for it, so the indusry really embraced it with open arms, which is fantastic.”

Do you think you can help grow that genre in the UK?

“Yeah, I really hope so. It’s a really interesting genre of music because you go to a Keith Urban gig, and at some point you think it’s almost a rock gig not a country gig. What makes this genre so exciting is the diversity within the music itself. There are probably a lot of fans of country in the UK who actually don’t know they’re fans of country yet. I think exposing that music to a new group of people is obviously quite an exciting process in terms of how this might grow.”

As a DAB and online station, what are the scale of the ambitions for it?

“If the station were to convert as many listeners to the genre as Jazz FM, for example, you’d be looking at about a million reach. I’d like to see the station be a huge success, because Baylen and I are very passionate about the genre. I don’t think it’s any coincidence that when you look at the mainstream charts, we’ve probably seen more country artists cross over then ever before in the UK. With Florida Georgia Line and Bebe Rexha, with Maren Morris and Zedd and then with the Kelsea Ballerini and Chainsmokers track [This Feeling] as well. So that’s all quite interesting too in terms of where that music genre is at right now.”