'It felt like the right time to bring Stelfox back': John Niven on the sequel to Kill Your Friends 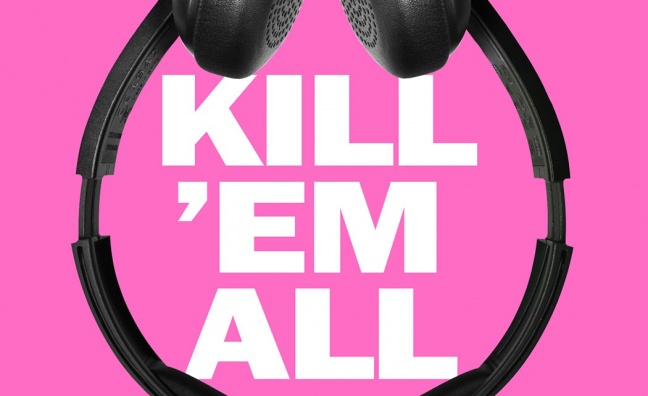 Author and screenwriter John Niven has spoken to Music Week about the long-awaited sequel to his cult music industry novel, Kill Your Friends.

Kill 'Em All, published by William Heinemann, was released yesterday and catches up with protagonist Steven Stelfox, 20 years on from the gruesome events of the Britpop-set original, which came out in 2008 and was turned into a 2015 feature film, starring Nicholas Hoult.

Stelfox last made an appearance in Niven's 2011 novel, The Second Coming, as the man behind an X Factor-like talent show.

"He was meant to have a very small cameo in that and it got a bit bigger in the end, but it really wasn't his book," explained Niven. "When the new novel starts, he has sold the format of his X Factor-type TV show around the world. He's made hundreds of millions and is a very rich guy, but he's now hanging out with billionaires like David Geffen and this only makes him think he's poor, so he wants to have one last big score.

"He's also slightly worried that he got out of the record industry at the wrong time. When he left the music industry in the noughties it looked like quite a good idea because it was on its arse at that point. But now he's seen the money that's starting to be made at the major labels via streaming and the fact that a lot of companies had built up billion dollar industries through the abuse of copyrighted material. They are all starting to pay now and Stelfox is thinking, 'I'd quite like a piece of that.'"

The first book was about my 20s really and I'm not the guy to write that book now. I've maybe got more interesting things to say about what goes on a bit further up the food chain

The key character of world famous pop star Lucius Du Pre is said to be loosely based on Michael Jackson.

"I think the reader will get that there are certain obvious, shall we say, 'inspirations' for Lucius," admitted Niven. "I wanted the book to feel a bit like an episode of The Thick Of It. They're always dealing with a crisis in The Thick Of It, so I had the idea of one of the biggest pop stars in the world who's about to become engulfed in a horrific sexual blackmail scandal that would bring down not only the pop star but his whole record company. So they bring Stelfox in to deal with that."

Kill 'Em All is set against the backdrop of real life events such as Brexit and Donald Trump's presidency, a climate that fits its leading man like a glove.

"Stelfox's defining characteristic as an A&R guy was appealing to the lowest common denominator," said Niven. "He was never much interested in the cool indie bands, he wanted big pop hits that everybody knew the words to. Things like Brexit and Trump - those campaigns are very much driven by appealing to the basest instincts of the lowest common denominator, so Stelfox is very in tune with that."

A former A&R man, Niven spent more than a decade in the music business with labels such as London Records and Independiente. As with Kill Your Friends the sequel namechecks a handful of real life execs, albeit less frequently than the original.

"Stelfox now is 47 and he's more at the top end of the field," said Niven. "He's more interested in the corporate boardroom end of the music business now since, when you're worth a few hundred million, your peers are the CEOs, rather than the guys who go to see gigs a few nights a week.

"I was in my early 30s when I started the first book. The first book was about my 20s really and I'm not the guy to write that book now. I've maybe got more interesting things to say about what goes on a bit further up the food chain."

Kill 'Em All is out now.