"It fills me with cotton-mouthed horror!": Shaun Keaveny reveals his plans for hosting tonight's Sync Awards 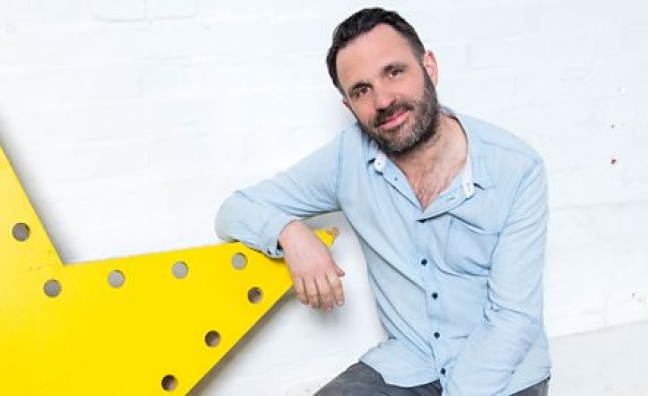 Today (October 19), the Music Week Sync Awards return. Now in its fourth year, the ceremony has moved to a new, bigger venue to accommodate phenomenal demand after 2016’s sell out event. On the night, a host of top names in the biz will once again celebrate the very best sync individuals, teams and placements across a broad range of media over the past 12 months.

This year’s ceremony has attracted a record-breaking haul of entries, you can see all of the nominees – which were revealed in two stages – here and here.

Providing entertainment on the night is BBC Radio 6 Music presenter Shaun Keaveny (pictured) who will hold court at 8 Northumberland Avenue. Ahead of the ceremony, Music Week catches up with Keaveny to find out how he is preparing for the event…

Are you excited to be hosting this year, Shaun?
“Yeah! I don’t know how excited you all should be about it because I don’t know how rusty my chops are going to be. I’m in the process of preparation as we speak. I’m going to try and be slightly entertaining.”

We can’t tell if you’re serious…
“Yeah, I’ve got to put a certain amount of legwork in so I don’t completely show myself up and let myself down.”

But you’re not nervous?
“I’ll be terrified, genuinely. It still fills me with cotton-mouthed horror. I’ve done a reasonable amount of stand up over the years, and until very recently I’ve been disheartened by one or two many stand-up comedians saying, ‘You’re not really a stand up comedian, fucking leave it!’ So I thought, ‘Maybe they’re right’. But this kind of situation can be the most frightening of all, because if you do a stand-up gig and people come along especially to see you that’s one thing, but at an awards ceremony they haven’t paid to see me stand up and talk. You’ll have a certain amount of the crowd with you, some of them will be ambivalent and others still be battered. I’ve got a feeling the Music Week guys and girls will be fantastic fun.”

Surely, as a one-time stand-up, you’re well prepared for any hecklers?

“Yeah, you would think wouldn’t you…”

Most importantly, how the hell are you going to get up early for your breakfast show the next day?
“It will be a nightmare. It. Will. Be. A. Nightmare.”

We assume you’re not going to have any alcohol on the night?
“I would sincerely hope that nobody will be approaching me with any alcoholic beverages – they would be refused because I’m such a professional.”

Have you ever been late to your breakfast show?
“I don’t think I ever have. I did actually miss one once. I remember years and years ago, before I worked at the BBC, I used to do nights at XFM. I remember one specific night, because I used to leave the house at 1.45am to get on air at 3am, and I’d been out for a couple of jars, went to bed and overslept. I woke up and had 17 missed calls. That was the one time it happened 17 years ago and it instilled so much deep fear into me. There was another one, at a similar time, I was living in London and went up to Leeds to visit friends and I was in the toilet having a constitutional and my boss called and said, ‘Where are you?’ I said, ‘I’m in Leeds!’ and he replied, ‘You’re supposed to be on air!’ I was, apparently, supposed to be on air but I was in Leeds. These formative experiences make certain you never make the mistakes again, because they’re so horrifying.”