'It presents a unique opportunity for the music industry': Beat The Intro game launches app 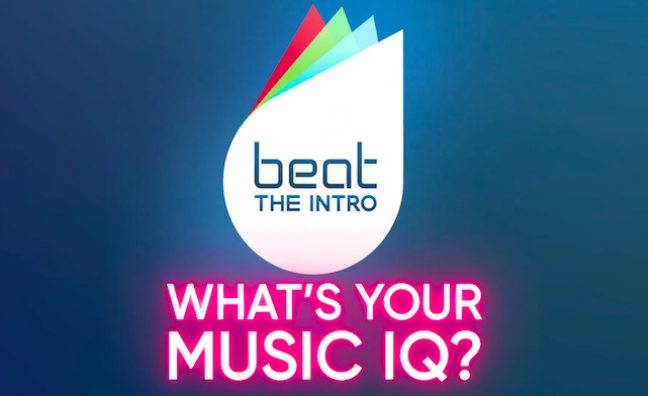 Musicplode Media Limited's music game Beat The Intro – which plays a short music clip and offers the player three choices to identify the artist and title within a time limit – has today (April 10) announced it has launched a brand new app.

Its initial global launch will be available on iOS, with an Android launch planned later this year. The app is now available on the Apple App Store.

According to an official press release, Beat The Intro “presents a number of in-app music marketing opportunities for artists looking to promote their forthcoming albums, singles, tours and much more to an engaged audience of music fans worldwide.”

Speaking about the launch, Harriet Hughes, CMO of PlayStack – publisher of the app – commented: “Working with Musicplode Media Limited we have developed a fantastic product which presents a unique opportunity for the music industry to utilise as part of the overall music ecosystem. With the ability to reach a global audience, artists will be able to reap the rewards of music fans either falling back in love with the tracks they once listened to or discover new ones. We are sure this innovative experience will complement the overall communication and marketing mix for the music industry.”

The Beat The Intro app comes preloaded with a number of music packs to get started with. These include everything from 80s, 90s, through to today’s current hits, with many more available to subscribers, based on decades, music genres, and specials.

It will boast a catalogue of millions of officially licensed tracks, including the likes of Justin Timberlake’s Can’t Stop The Feeling!, Michael Bublé’s I Haven’t Met You Yet and Adele’s Rolling In The Deep.

Specific music packs based around one artist or band can also be created which can be utilised to promote tours and back catalogue releases.

Beat The Intro has enjoyed success in the US on Amazon’s Alexa platform and has been officially confirmed as one of Alexa’s top “skills”.

Kevin Deakin, CEO of Musicplode Media Limited – creators of the game – added: “We are absolutely delighted to be teaming up with PlayStack to launch our new app. The game has evolved from DVD to digital over the last 15 years and having secured the music licenses from the major record labels and publishers, this new iteration of the brand is very exciting. It is the perfect opportunity for artists to accrue important incremental revenue.”