'It's one of the most out there rock 'n' roll stories': Lee Brackstone talks Faber's music publishing roster 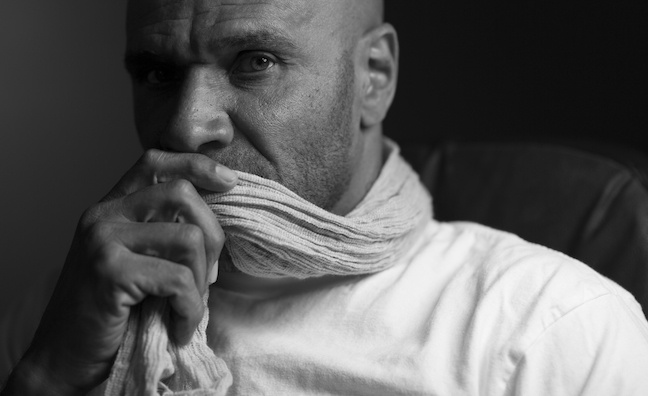 Just as Q4 is a vital time for albums the gifting market is also a massive driver of sales for books, including a raft of music memoirs. When it comes to the other kind of music publishing, Faber & Faber lead the way with an extensive list, including today’s release of Goldie’s All Things Remembered. Lee Brackstone, creative director of Faber Social, spoke to Music Week about the publisher’s ambitions for the book and their plans for the year ahead.

Goldie’s book is described as a “gonzo memoir” – what can readers expect?

The book really delivers. It’s incredibly honest. The last one [Nine Lives] was 15 years ago so quite a lot’s happened to him since. That was quite a mad book – and this one’s mad as well! But I think he’s changed quite a lot, he’s settled down and discovered yoga and meditation. He’s got a perspective on some of the bad decisions he took and where things went right for him. We’re really confident about the book and I hope it’s going to be a success.

How did the book come about?

It came from his management to us, because we have a reputation. Books also come to us from labels, rather than going through a conventional literary agent. We have that reputation and those connections with the music world, so it means we’re able to build a list of artists that is separate to the conventional way music books come about.

How much appeal do you think Goldie’s story will have in the busy gifting season?

He reaches a lot of different demographics. There will be the hardcore Metalheadz fans, people who were at the Blue Note in the Nineties – when jungle was happening he was a touchstone figure musically. But then he’s also a TV celebrity and a film star, he reaches outside of the music world into the lives of ordinary people who don’t necessarily listen to a lot of music. He has a charismatic presence in the cultural world, so I think [the book] has got a chance of breaking out. He’s very honest about his care home [upbringing] and the challenges that he had growing up. I think his story resonates with people outside of just the usual music memoir.

How much cross-promotion will you do around this month’s UK tour in support of The Journey Man album?

The gigs will drive people back to the book. We like to try and link everything we can across social media these days. There will be some TV and radio too. We almost think of releasing a book like a record – we try and hit the same [audience] with social media and marketing. I specifically recruited Dan [Papps, campaign, publicity and events manager] from Domino, because he was a radio plugger and we wanted to introduce some expertise from the music world into the way that we publish books.

Is Faber committed to this area of publishing?

We specialise in music books. We really set ourselves up 10 years ago to publish the highest quality music books. We’re doing Shaun Ryder’s lyrics in February. We published Moby’s memoir last year and we’re doing the second part next year. We do 11 or 12 music books a year.

We’ve got the new Viv Albertine book. The last one was huge – we sold 70,000 copies – and that really galvanised what we’re trying to do at Faber. The new one is called To Throw Away Unopened, and it starts where the last one finishes. It’s really Viv arriving as a very serious, engaging and provocative literary writer. She doesn’t take any shit, it’s really quite full on. We’ve also got the official Can book in May [All Gates Open: The Biography Of Can]. We’ve been working for six years on it. It’s a 600-page complete history and at the centre of it is Rob Young’s biography of the band. We’ve also got the official Beastie Boys book at the end of the year, Jeff Tweedy’s memoir and Wayne Kramer from the MC5’s memoir.

What are you working on at the moment?

I’m just editing Moby’s new book, And Then It All Fell Apart, and that starts in 1999 when Play breaks. For the next 10 years, it’s just mad and debauched! It’s very amusing, it’s one of the most out there rock ‘n’ roll stories I’ve ever read. You don’t really expect that from Moby.