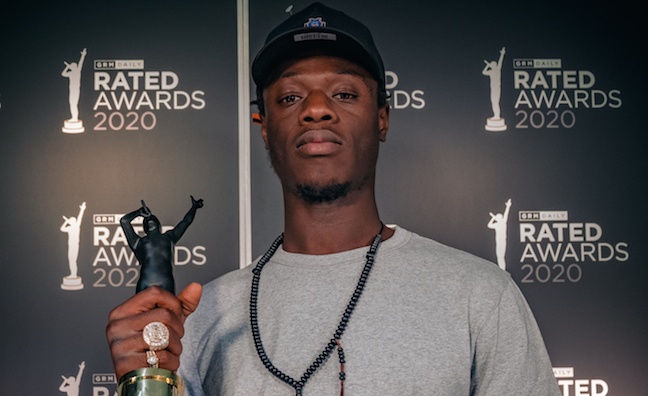 The winners were announced via a virtual ceremony – hosted by Mo Gilligan and Julie Adenuga – which was exclusively streamed on YouTube & Ratedawards.com on Wednesday September 9. An official press release stated the ceremony sought to celebrate "some of the scene’s biggest names and their contribution to UK music between June 1, 2019 to June 1, 2020."

Dizzee Rascal was presented with The Legacy Award to acknowledge "his contribution to sculpting the sound of grime and changing the face of British music forever."

Dizzee Rascal, Kano, George The Poet, M Huncho, Abra Cadabra, Dutchavelli, Ivorian Doll and Br3yna and were among the artists to perform live.

Speaking about the night, founder & CEO of GRM Daily, Posty said: “Congratulations to all the winners and all the nominees. It’s been an amazing show and we can’t wait to come back even bigger next year.”

You can see the full list of categories, nominees and winners below:

Album of the Year

Track of the Year

Mixtape of the Year

Female Artist of the Year

Male Artist of the Year

Video of the Year

Personality of the Year

Breakthrough of the Year

Radio DJ of the Year

Producer of the Year

In an official statememt, YouTube Music said; "Before, during and after these unprecedented times, YouTube Music is committed to supporting our incredible artists and all they achieve both on and off the platform. GRM Daily continues to be an incredibly influential and powerful example of what's possible, and we are so pleased to be a part of this year's Rated Awards.”

German Doner Kebab added: “German Doner Kebab has a great bond with the fanbase in the GRM Daily community who’ve shown a lot of love for our next level kebabs and we hope everyone has enjoyed watching the amazing talent in this year’s show.”