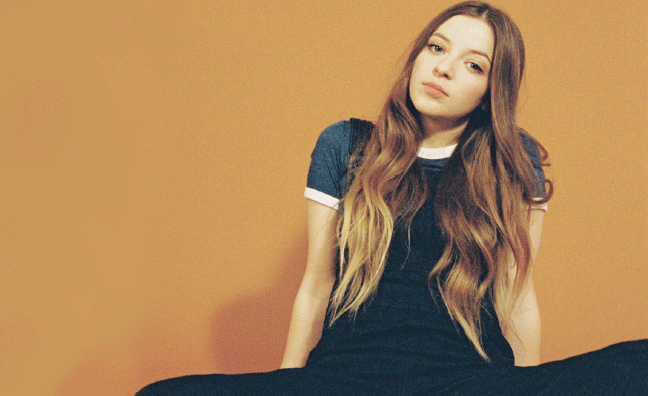 Jade Bird, Sam Fender and Hrvy have been revealed as the latest acts to be added to BBC Radio 1’s Brit List.

The Brit List launched in January 2017 and is designed to support new British artists before the release of their debut album over three singles. Stormzy, Tom Walker, Anne-Marie and former Music Week cover stars Mabel, Pale Waves and J Hus are among the acts to have featured so far.

Commenting on the new additions, head of music at BBC Radio 1 and 1Xtra, Chris Price, said: “I’m delighted to announce Hrvy, Jade Bird and Sam Fender as the latest additions to BBC Radio 1’s Brit List. All three are at just the right stage in their careers to benefit from the three-song playlist commitment, and we’re thrilled to cement our support for them.”

Price continued: “Jade and Sam’s journeys with us began on their local BBC Introducing shows; they both featured on the BBC Sound Of 2018 long list and have gone on to be passionately supported by many of our specialist presenters. More recently they have both been endorsed by Radio 1’s Greg James through his Tune Of The Week.”

Of Hrvy, he added: “He has been championed by BBC Introducing in Kent, as well as by daytime Radio 1 DJs Adele Roberts and Scott Mills. Last month, he showed off his superstar potential with a spellbinding performance at the Radio 1 Teen Awards.

We’re thrilled to cement our support for Jade, Sam and Hrvy

Jade Bird featured in Music Week’s On The Radar column in March and is signed to Glassnote. Fender spoke to us in September, and recently released his Dead Boys EP through Polydor. Hrvy is signed to Virgin EMI, his biggest-selling track is Personal, which has 164,561 copies, according to the Official Charts Company.

Bird said: “Wow. It is so special to be recognised by Radio 1 in this way. They have been incredibly supportive of me and my music since the very beginning and I can’t thank them enough for that. I am so excited for the next chapter!"

Fender commented: “I’m completely buzzing. Can’t believe it to be honest! I’m waking up everyday at the moment slapping myself to check that everything is real. Such an honour to have been chosen for Radio 1’s Brit List. Radio 1 and BBC Introducing have been such a big part of my musical journey already, I genuinely can’t thank them enough. 2019 we are coming for you!”

Hrvy added: "So excited to hear I've been included in Radio 1's Brit List! The support and belief that I've received from the Radio 1 team has been amazing. Big up to BBC Introducing in Kent , Best New Pop, and the brilliant Scott Mills and team who've been there from the start. This year I fulfilled one of my dreams by performing at the incredible Radio 1 Teen Awards - up until now I'd been in the audience wishing to be a part of it – I'm so looking forward to the next chapter!"