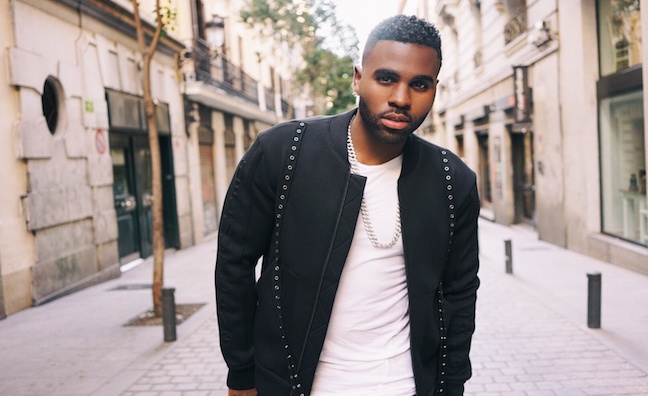 Jason Derulo has been unveiled as the artist behind the official song for the 2018 FIFA World Cup.

Colors, which will be released on March 16 via Warner Music, is the result of a collaboration between Derulo and Coca-Cola.

Derulo said: “I was honoured to work with Coca-Cola to create an anthem celebrating every team and their fans. Colors represents the different flags and cultures from around the world, and will get everyone moving to a unifying beat. I’m excited to finally tell the world about this partnership as the excitement builds for the FIFA World Cup.”

Ricardo Fort, VP of global sports partnerships at The Coca-Cola Company added: “We know that the FIFA World Cup is a global cultural and social phenomenon. Every four years, people are drawn to this event from all over the world due to the excitement and platform it provides. We believe that music and football are intrinsically linked by the passions they evoke so we are excited to welcome Jason to the team and can’t wait to bring this upbeat anthem to the world ahead of the 2018 FIFA World Cup.”

Jason Derulo, whose biggest-selling UK single is 2015’s Want To Want Me (1,288,788 sales, OCC), joins a tradition of Coca-Cola sync work that ranges from Duffy to Etta James. He tours the UK in September.

View the dates, plus a behind-the-scenes preview of the song below.