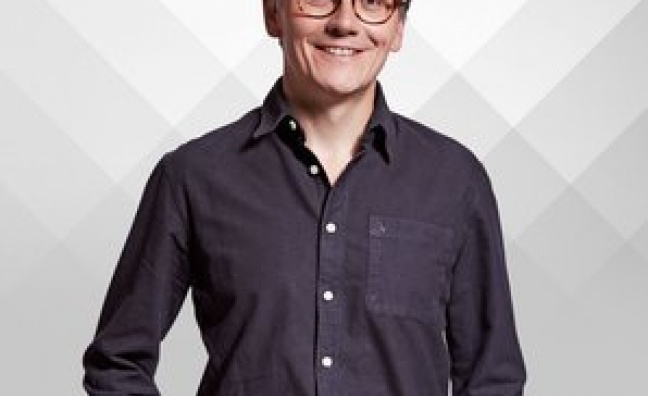 The Music Champion Award celebrates the importance of commercial radio’s relationship with music and will be awarded to someone whose knowledge and passion for music stands out as exceptional. It seeks to award an individual who champions new music, an individual whose passion for music is evident in their programming and presentation, or someone who introduces listeners to less well known music.

The category has been judged by members of both the music and radio industry, looking for a winner who has music in their blood and an obsession for sharing it with others. The judges unanimously believed that John was the obvious winner for this award in its first ever year.

Ricky Wilson of The Kaiser Chiefs will present John with his award next week.

Kennedy said: “I am honoured and delighted to be the inaugural Music Champion Award winner at this year's Arqiva Awards! I am a music fanatic who discovered that radio could be an outlet to share my passion and love.  Commercial radio doesn’t always get the credit it deserves for championing new music.

"The team at XFM and Radio X have given me their trust and respect as a presenter for nearly two decades and I’d like to say a massive thank you to them and to everyone else I’ve worked with over the years.”

Alison Wenham, CEO of Association of Independent Music added: "The name John Kennedy is synonymous with championing new and independent music.  For many years now John has discovered and provided a significant platform for music that is new, independent and underground, with unrivalled passion and enthusiasm. He is a great friend of the independent sector and to music fans a much trusted curator."

Daniel Miller, chairman of record label Mute commented: “John Kennedy has always stood out to me as an honest champion of all types of great music. Mute artists speak highly of their time with him in the studio, doing sessions and interviews, and his endorsement on a project is always special as it feels as though it comes from the heart.”