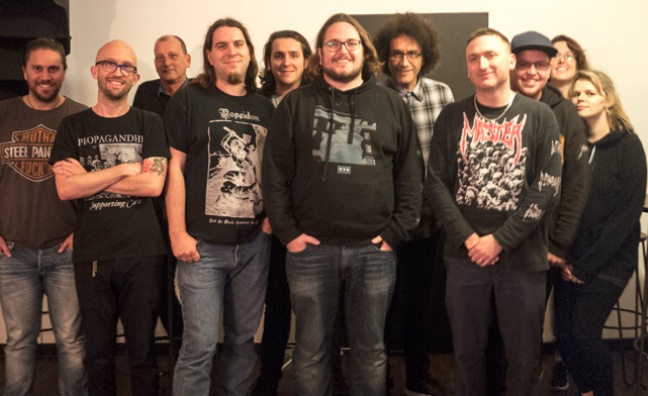 Today (October 26) Kerrang! magazine has confirmed Sam Coare as its new editor with immediate effect. He becomes the eighth editor in the magazine’s 36-year history, replacing James McMahon who left the weekly rock title in August.

Over the course of five years, Coare has held various positions on the magazine rising to deputy editor, and assuming the role of acting editor on September 1. Prior to his arrival at Kerrang!, Coare worked at Front and Shortlist. He will work closely with Kerrang!’s global creative director Phil Alexander and Kerrang.com editor Bob Foster to continue the Kerrang! brand’s evolution across a number of platforms.

Now under the ownership of Wasted Talent Ltd – home to MixMag and The Face, and with offices in Los Angeles and New York – Kerrang! will continue to be published as a weekly magazine, and will develop further as a worldwide brand through digital growth, live streaming, content partnerships and a series of events.

Commenting on Coare’s appointment, Phil Alexander said: “Sam has demonstrated the vision and instinct to drive the weekly magazine ever forward. He has a deep understanding of Kerrang!’s global audience and a view of what they truly want from Kerrang!. Under his stewardship, expect the Kerrang! team to embark on fresh and exciting adventures.”

Speaking about his promotion, Sam Coare said: “Kerrang! has forever been a part of my life, first as a young reader, and for the past five years as part of its editorial staff. To be leading the magazine and its phenomenal team into exciting new directions as editor is both an honour and a privilege.”

The first issue published under Coare’s editorship will hit the newsstand on Wednesday November 1 and features a commemorative Chester Bennington cover featuring an exclusive report from the Hollywood Bowl memorial show on October 27 celebrating the life and art of the Linkin Park singer.

At Coare’s behest, the special issue will see the magazine donate a percentage of the cover price to the One More Light Fund in memory of Chester Bennington.

“Like all rock fans around the world, we were deeply saddened and shocked by Chester’s passing,” said Coare. “Kerrang! has had a longstanding relationship with Linkin Park which stems back to their first show in the UK in 2001 – a free gig which we promoted and which was attended by Kerrang! competition winners.

“When we decided to devote a cover to the Hollywood Bowl show honouring Chester and his music, we also wanted to give something back to the foundation set up in his name. As a result, 26 pence of every issue sold will be sent directly to the One More Light Fund. We hope it makes a difference somehow and that we can raise awareness around the work that they do.”