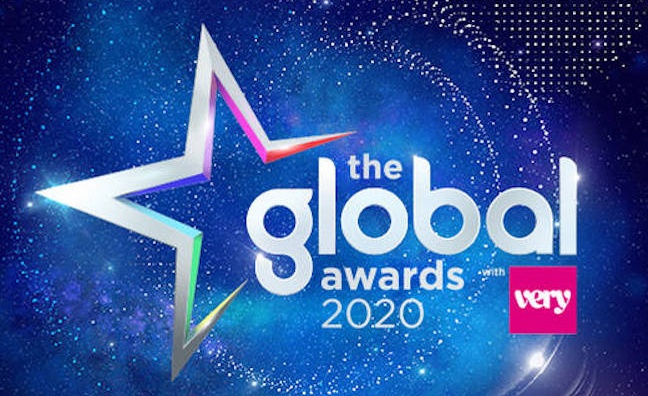 Lewis Capaldi and Ed Sheeran lead the nominations for The Global Awards 2020.

The shortlists were created following a vote by the public and a panel of industry experts.

Ashley Tabor-King OBE, Global’s founder and executive president, said: “This unique event gives us an opportunity to celebrate the world’s most talented artists and honour the nation’s favourite stars across a whole host of genres."

Global recorded a 23% market share for its brands in the latest RAJAR figures and the awards bring together all of its radio stations including Capital, Heart, Classic FM, Smooth, Radio X, Capital XTRA, Gold and LBC.

Camila Cabello, Stereophonics, Aitch and Aled Jones & Russell Watson have already been confirmed to perform at the ceremony.

Tickets for The Global Awards 2020 with Very.co.uk are available now priced at £49.99 (plus booking fees). Fans can vote for the winners now at vote.global.com or by downloading the Global Player app and selecting Global Awards in the bottom menu.

The full shortlist is as follows:

Off Menu with Ed Gamble and James Acaster

(category judged by public vote) includes the five most played songs of 2019 from The Official Big Top 40, the UK’s biggest chart show.

Panic! At The Disco - High Hopes

THE LBC AWARD
Awarded for the Best News Moment or Interview as suggested by the listeners of LBC.

Awarded to the artist responsible for the Most Played Song on Global’s radio stations in 2019.