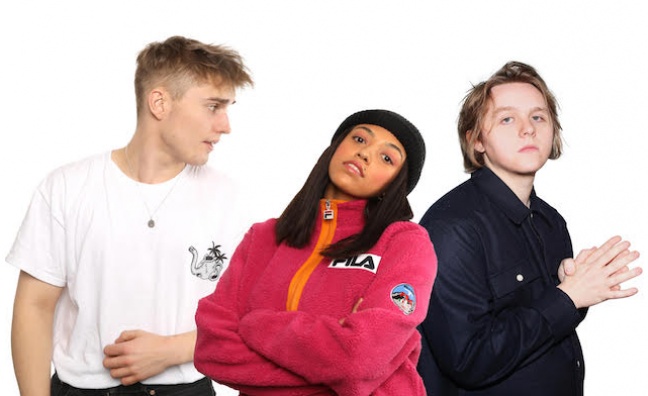 Today (November 29), The BRIT Awards 2019 with Mastercard has announced the shortlist for the 2019 Critics’ Choice award. Lewis Capaldi, Mahalia and Sam Fender  – who have all appeared in Music Week's On The Radar – are now in line for the prestigious award, which has successfully predicted future stars of British music including Adele, Sam Smith, Florence + The Machine, Rag ‘N’ Bone Man, and last year’s recipient Jorja Smith.

The 2019 Critics' Choice Award winner will be announced on Friday December 7, and will be the first recipient of the specially designed Sir David Adjaye award.

Speaking about the shortlist, Scottish singer-songwriter Lewis Capaldi said: "Absolutely honoured to have been shortlisted for this year’s BRITs Critics’ Choice award alongside two unreal artists. Genuinely cannot believe I’m being included in something like this and do not think I’ve done enough to be deserving of it! That being said, from here on in I will insist that those around me, including my mother and father, refer to me only as 'BRITS Critics’ Choice Award Nominee, Lewis Capaldi."

Leicester R&B singer Mahalia said: “I can’t believe it. I’m truly honoured to be nominated for the BRITs Critics’ Choice Award. The last year has been surreal to say the least but this really is the cherry on top. Thank you so much to all those who voted for me.”

Newcastle based musician Sam Fender added: “I’ve been watching the BRITs since I was a child, and my brother would let me stay up and watch them live; so to be nominated for the Critics’ Choice award is crazy.  What an honour! A big thank you to anyone who has put their faith in my music.”

The Critics’ Choice Award is chosen by a panel of music editors and critics of national press and online music editors, plus heads of music at major radio and music TV stations. The award is open to British artists who have not yet achieved a Top 40 album success (as of 31st October of this year).

The BRIT Awards 2019 with Mastercard will be broadcast live on ITV - Wednesday February 20 from The O2 Arena, London.

Earlier this week, The BRIT Awards 2019 with Mastercard has confirmed the return of Jack Whitehall  as host.