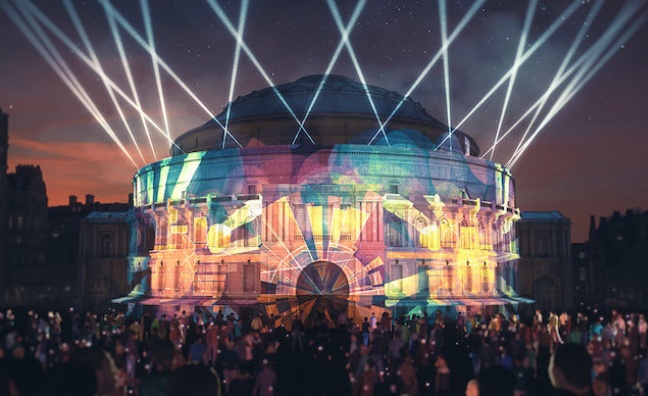 It’s been a busy 12 months for Jan Younghusband, commissioning editor, BBC Music & Events, with both the Biggest Weekend and not one but two series of Sounds Like Friday Night.

Now her attention turns to the BBC Proms 2018, the eight-week season at the Royal Albert Hall that is the biggest classical music festival in the world. Ahead of the July 13 First Night, Younghusband talks to Music Week about the evolving coverage, the rise of social media and the young artists benefiting from the Proms…

How do you reach a wide audience with classical music?

"It’s about giving the audience as much choice across the broad range of what we do. We try to theme the television to give it a sense of occasion. That was in response to our audience – I felt the job was to make it a more coherent offer. Television’s role is to enhance the experience visually and the sense of being in the room – the best seat in the house of television is so important for people who haven’t got a ticket to attend the concert."

How have the Late Night Proms changed the audience for the Proms?

"It gives us a chance to broaden our approach and that brings in an audience that might not have come to a classical concert. The reason for doing that is the hope that once they’re through the door, they’ll try something else. The music audience is massive on the BBC and the young audience is very important for us, we need to build the audiences for the future. The Proms is the biggest classical festival in the world, and so fundamentally it’s about excellence in classical music. We see from our [2016] Young Musician Of The Year Sheku Kanneh-Mason playing at the Royal Wedding, you can have popular appeal by doing the real thing."

Do those rising stars get a Proms boost?

"Absolutely. This year we’re actually having a special Prom to celebrate Young Musician Of The Year, because it’s the 40th anniversary and so all of the talent that has come through that in the past will turn up to play, which is very exciting. Obviously the BBC’s support of young talent is really important, along with BBC Cardiff Singer Of The World and BBC Introducing, so we’re trying to give young talent a leg up all the time. The Proms is a really important platform for these young artists."

How is the coverage evolving?

"Obviously with digital possibilities now, we are looking at ‘Could we do more streaming?’. Every year we reinvent them and, with digital technology advancing, we are looking to use that to give a fuller experience of the Proms. Everyone is using social media now and it’s a great way to speak to the audience. Viewing figures are important but what’s more important is the response from the audience. What social media has given us is the possibility to speak to the audience while the concert is going on.

"People are messaging me constantly on Twitter and I love that. That’s a new thing for us in television - the audience is giving us notes during the programme. The classical world is catching up with social media and now with all the young stars coming through, like Sheku and Jess Gillam, I think the classical world is going to be much more digital savvy."

What are your highlights of this series?

"The Bernstein night [Prom 57] will be fantastic, we’re broadcasting it live. I love the live nights. We do live whenever we can, and I think live music on television is very powerful."

Why is the Proms so important as a platform for classical music?

"It’s the idea that music should be for everyone and not an elitist thing, and that’s how the Proms came about. It’s the most fantastic summer festival bringing great talent from across the world. It’s a very important part of the cultural calendar."