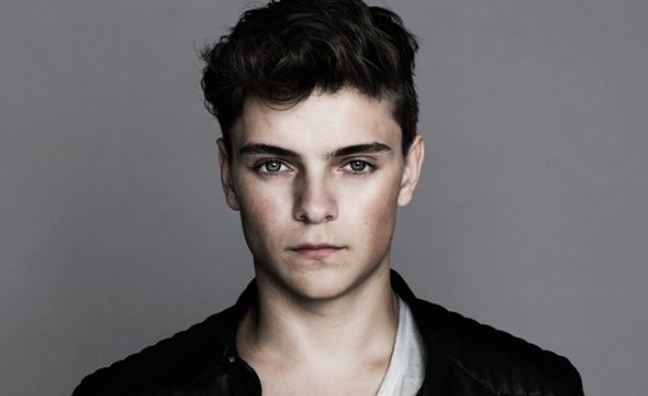 Martin Garrix has been crowned the winner of DJ Mag's Top 100 DJs Poll 2017 for the second year running.

The 21-year-old, who became the youngest ever No.1 DJ when he won the trophy last year, was awarded this year’s accolade by fellow DJ and EDM chart-topper David Guetta at the Top 100 DJs Poll award ceremony at the Amsterdam ArenA during the Amsterdam Music Festival 2017.

He was also joined on stage by the Highest Duo winners Dimitri Vegas & Like Mike and Armin van Buuren, the Highest Trance DJ. Garrix shot to EDM fame in 2013 with his breakout tune Animals, which shot to No.1 around the world, leading to him becoming the face of Armani Exchange and touring with pop star Justin Bieber.

In his forthcoming annual Top 100 DJs Poll analysis, DJ Mag UK’s editor, Carl Loben, said the top end of the poll have remained largely the same, but further down, this year’s results have an influx of wider names from differing scenes, reflecting how “as EDM has waned somewhat, the void is being filled - at festivals and larger clubs - by big names from more discerning scenes”.

The Top 100 DJs Poll 2017 received over a million votes again this year with the most votes coming from the USA, followed by Brazil, Mexico, Netherlands, India, UK, Spain, Italy, France, Belgium, China, Germany, and Japan. There were 15 new entries, seven re-entries, and five non-movers.

The poll also further opened up the voting process to Chinese dance music fans via a fully updated and translated validation mechanism, which led to Chinese DJs, DJ L and Carta, both from Shanghai, making their Top 100 debuts this year.