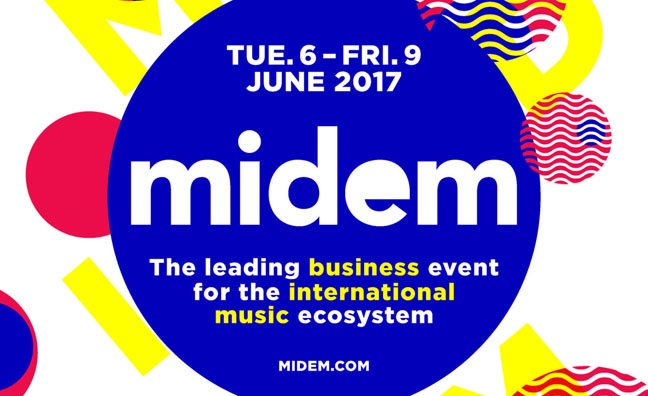 International concerns dominated the agenda on Day One of the annual MIDEM conference.

The convention, held in Cannes, France, sees executives from all over the world come together to do business – and this year eyes seem firmly focused on the changing global picture for the biz.

So the headline keynote slot – in the absence of LA Reid, who cancelled his scheduled appearance in the light of his departure from Epic – was taken by Tencent Music Entertainment Group VP, Andy Ng.

Ng – fresh off an innovative partnership deal with Universal – made a bold pitch for more business, even asking his staff to stand up in the audience so that those with catalogues to push in the People’s Republic would know who to seek out.

He probably didn’t need to worry: the figures he trotted out would have had most Western businesses salivating at the potential. Ng claimed that Tencent’s three Chinese streaming services – QQ Music, Kugou Music and Kuwo Music – had 600 million active monthly users between them – enough to make Spotify look like Whatify – while 75% of users are aged 15-27 (“Older consumers are too used to piracy,” Ng shrugged).

There were a few caveats – the services only have 15m paying users, and those at a much lower rate than the now-standard £9.99-per-month. And, while only 4% of the music on Tencent’s services is Chinese repertoire, 80% of its users only listen to that 4%.

Even so, it’s clear that the potential of the Chinese market means the struggle for global streaming supremacy is far from over, especially with Tencent experimenting with other ways to make the biz money, from live-streaming concerts to windowing digital album releases in China. And Ng offered further hope in terms of the overall state of the Chinese market, once riven by piracy, although he said the publishing sector still needed more focus.

“Five years ago no one cared about China,” he said, “Because no one was making any money from the music services. But, in the last three years, the model’s getting a lot healthier. It’s much more positive in the music environment.”

European Commission Director-General for Education, Youth, Sport & Culture, Martine Reicherts also had international issues on her mind, in conversation with Music Week editor, Mark Sutherland. She came to push her Music Moves Europe project, which aims to help boost music diversity across Europe, and pledged assistance for UK acts would not necessarily end once Britain leaves the European Union, should it choose to remain involved in Europe-wide cultural projects.

“Brexit is a difficult moment for Europe,” she admitted. “We will miss the UK. My only hope is that we will be able to negotiate nicely. We have partners in [funding programme] Creative Europe who are not in the European Union. We have the Swiss and the Turks… So you can buy the entry ticket, but that’s a decision for the UK government. Common sense is one of the UK’s qualities so I’m pretty sure they’ll understand it’s much better to be part of it – and it’s possible.”

Reicherts said the increasingly globalised nature of the music business under streaming meant UK acts would continue to thrive internationally post-Brexit. But she said other nations' music scenes could be in need of protection.

“We should make sure that you can also live from the music if you speak German,” she said. “[British people] will never listen to German music, but there is a market for German music.