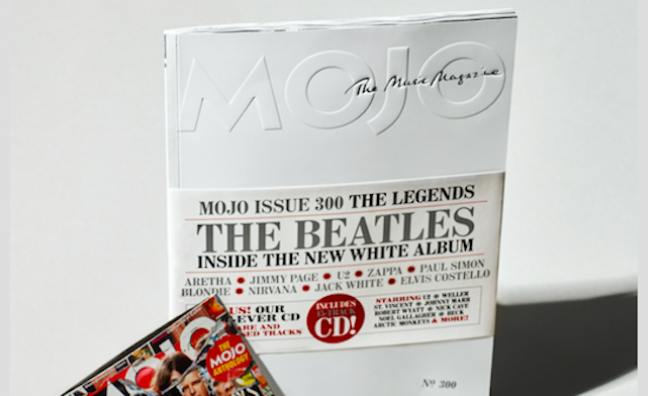 As part of the celebrations, the title’s launch editor Paul Du Noyer returned to Mojo to provide the full inside story of The Beatles‘ radically revamped White Album. Alongside Paul, all the other previous editors of the magazine make contributions – Mat Snow, Paul Trynka, Pat Gilbert and Phil Alexander.

Commenting on the issue, Mojo editor John Mulvey said: “Twenty-five years ago, in the very first issue of Mojo, our founding editor Paul Du Noyer wrote that, ‘Our aim is to cover the best music we know, in the best way we know how. We’ll tell some untold stories and make some fresh connections… We’ll try to present it beautifully. We will insult nobody’s intelligence.’ Two hundred and ninety-nine more issues down the line, we’re proud to stand by this mission statement. Great records are still being made. Untold stories remain to be discovered. And a heartening number of people treasure a monthly magazine that invests in the best music with undimmed enthusiasm and commitment.“