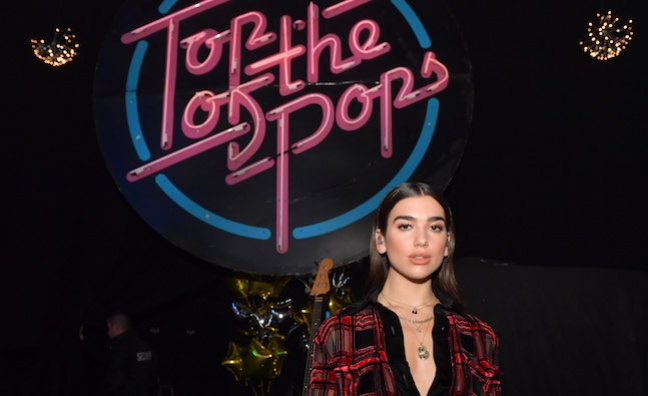 From Top Of The Pops, Jools Holland and Carpool Karaoke to Andre Rieu, Rag'N'Bone Man and Tom Jones, here’s our round-up of the music artists who will be hoping for a festive sales boost from this year’s Christmas TV schedules…

U2 At The BBC, BBC One, 9pm
With a performance at Abbey Road, U2 are the first rock band in the occasional BBC concert series. Having slipped to No.20 already, their 14th album Songs Of Experience should get a lift from this special.

The Story of Fairytale Of New York, BBC Four, 10pm
As it returns to the charts again, The Pogues’ festive perennial is the subject of a documentary narrated by Richard E Grant.

The Graham Norton Show, BBC One, 10.40pm
Keane’s Tom Chaplin gives his Twelve Tales Of Christmas album a final push with a performance of Midnight Mass.

Tom Jones 1950s: The Decade That Made Me, BBC Four, 10pm
A repeat of the documentary revealing the Welsh singer’s fondness for rock’n’roll.

Cruising With Jane McDonald Christmas Special, Channel 5, 9pm
Her new album Hold The Covers Back peaked at No.69 last month, but maybe this TV special can revive its fortunes.

Top Of The Pops Christmas Special, BBC One, 12.20pm
The music show lives on at Christmas, though Reggie Yates’ dismissal may have come too late for some listings magazines. The first episode features Ed Sheeran, Dua Lipa, Stormzy with MNEK (the original collaborator who missed out on The X Factor performance), Clean Bandit, Rita Ora, The Script, JP Cooper, Jax Jones with Raye, Jonas Blue and William Singe, James Arthur and Anne-Marie.

A Kylie Christmas, Sky Arts, 7pm
The singer’s festive Royal Albert Hall show gets an airing as her 2000 b-side Santa Baby rockets up the singles chart.

Carpool Karaoke Special, Sky One, 8pm
James Corden takes Katy Perry and Jennifer Lopez for a spin and a sing-song.

Tom Jones & Beverley Knight’s Gospel Christmas, BBC Two, 9pm
Jessie Ware and Kwabs lend a hand on the blend of traditional gospel, carols and ‘spiritual’ songs, which include selections by Prince and Bob Dylan. Viewers in Wales get treated to the vocal powerhouse pairing a few days earlier on BBC One.

George Michael: Freedom, Channel 4, midnight
If Wham!’s Last Christmas doesn’t make it to No.1, at least fans can console themselves with this repeat for the revealing and celebratory documentary.

A Hard Day’s Night, BBC Two, 11.55am
A Boxing Day airing for The Beatles’ musical comedy, just ahead of The Eagle Has Landed.

Andre Rieu: Falling In Love – Live In Maastricht, Sky Arts, 9pm
A whole three hours of the Dutch violinist in the square of his home town.

Supersonic, BBC Two, 10pm
Oasis should get a streaming bump with this acclaimed documentary, which got a limited cinema release last year.

Bruno Mars: Live In Harlem, BBC One, 10.25pm
Get a glimpse of next year’s British Summer Time headliner as he performs at the Apollo Theatre.

U2 At The BBC, BBC One, 11.10pm
Not just a repeat but an extended ‘special edition’ of their Abbey Road TV show.

Music Legends We Lost, Sky One, 10pm
A celebration of the music greats who died since December 2016, including George Michael, Chuck Berry, Glen Campbell and Tom Petty.

Part of a Queen-heavy line-up on the BBC channel on this evening.

Prince: Last Year Of A Legend, Channel 4, 10pm
George Clinton and CeeLo Green are among the musicians paying tribute in this new documentary.