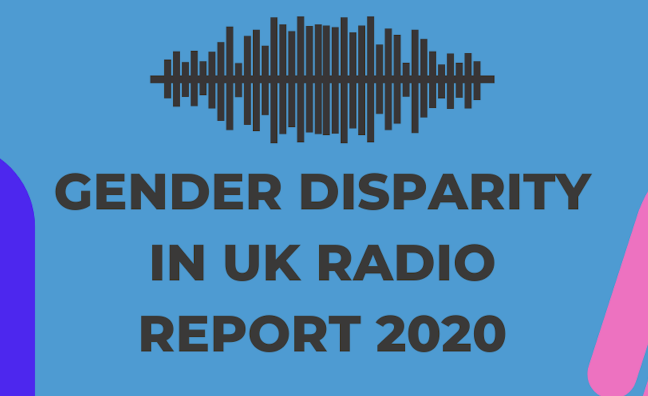 A new report by Ctrl Management founder Nadia Khan has found that women are vastly underrepresented in UK radio, with 81% of songs in the Top 100 airplay chart for the last year featuring men.

Khan worked on the Gender Disparity Data Report alongside music industry consultant and publicist Linda Coogan Byrne, with the pair analysing data from 31 UK radio stations and the Top 20 most played songs between June 2019-June 2020.

Their figures show that female songwriters comprise 18% of the Top 100 airplay chart, while female producers make up 3%. The report is based on British artists those whose songs are registered on Radiomonitor.

Khan published the Seat At The Table report last month and is leading the charge for equal representation in the music industry. Speaking to Music Week for our recent Indie Takeover issue, Khan called for diversity across the business.

“As highlighted in the Women in CTRL report the disparity still runs high for women and especially black women,” she said. “To work towards a truly diverse and inclusive music industry change needs to happen within the organisations and Women in CTRL will be conducting a follow up report in 2021 to track progress.”

BBC Radio 6 Music has reiterated its commitment to gender equality in the wake of the report.

At Asian Network, 20% of the most played songs were by women, with 15% collaborations and 65% by men.

Of the Global stations, Radio X’s Top 20 was made up only of male artists, 90% of Capital Xtra’s Top 20 was male and 75% at both Capital and Heart. The highest portion of female acts was Heart's 25%, with Capital's 5% the lowest.

At Bauer, Kerrang! and Absolute had exclusively male Top 20s, Kiss had 75% and Kiss Fresh had 90%. Magic’s male figure was 55%, while it’s 30% figure for female acts was the highest of any Bauer station.

The full report can be viewed here and the full list of stations involved is below.