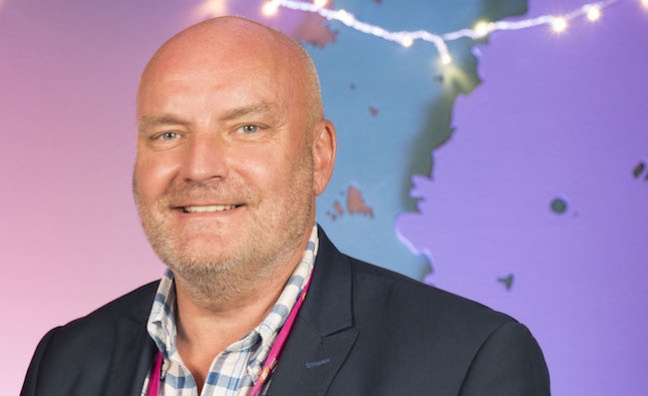 Lewis Carnie is leaving the BBC in the summer, Music Week has learned.

Carnie – who has been with Radio 2 for 19 years and has led the UK’s No.1 station since 2016 – announced the news internally today.

“After 19 glorious years at BBC Radio 2, it’s time to take a leap of faith and move on to new challenges,” he said. “During my time here, I’ve been lucky enough to have had so many incredible experiences working as part of a very talented team, who produce brilliant programming day-in, day-out. I’m proud that the network keeps millions of people entertained each day and would like to thank everyone in Wogan House for their dedication and passion, which makes Radio 2 both a very special radio station, and a fantastic place to work.”

The move comes a year after Carnie led one of the biggest revamps the station has ever seen, shaking up the daytime line-up to move Zoe Ball to breakfast and Sara Cox to drivetime, after an ill-fated co-presenting stint in that slot for Simon Mayo and Jo Whiley, as well as over-seeing the modernisation of the station’s music policy. The station had a reach of 14.438 million in the most recent RAJAR ratings.

The move represents a further challenge for new BBC controller of pop, Lorna Clarke, who saw highly-rated BBC Radio 1, 1Xtra and Asian Network controller Ben Cooper leave the station at the end of 2019.

In a memo about Carnie’s departure, Clarke hailed his “incredible career at the BBC”, describing him as “the envy of the industry for spotting and securing talent”.

Carnie kicked off his career working in advertising, moving to the US in the early 1990s where he worked in PR and television production. On returning to the UK, he worked extensively in commercial radio in Scotland, becoming managing director for Central FM in Scotland in the late 1990s.

He joined the BBC in 2002 as an executive producer for live music & events at Radio 2, later progressing to become head of talent, then head of programmes for Radio 2 and 6 Music in 2010. He was made senior head of content commissioning at Radio 2 in November 2016, gaining responsibility for the network’s day-to-day output.

He has yet to confirm his next move, but said in his memo he would continue to be “very active in entertainment – there will be more on that when the time is right”. The exec is likely to be in big demand from radio stations and other media companies.

You can read Clarke’s full memo below:

Lewis has decided to leave us after what I can only describe as an incredible career at the BBC, largely here in BBC Radio. Having joined the BBC in 2001, he has held senior positions across Radio 2 and 6 Music, most recently as the Senior Head of Content Commissioning for Radio 2. He’s also been the exec on some great TV entertainment programmes, including ‘When Miranda Met Bruce’ on BBC one.

Lewis is the envy of the industry for spotting and securing talent and over the years he has brought to Radio 2 some of Britain’s most loved presenters, from Zoe Ball to Paul O’Grady, Sara Cox, and Rylan to name just a few… His ability to develop fleeting ideas into award winning programmes is impressive. Throughout the years, we’ve witnessed his real passion for bringing the biggest stars to the Radio 2 audience with live concerts and special events. Most recently, he spearheaded the success that was Radio 2’s Beatles pop up station to celebrate the 50th anniversary of the Abbey Road album.

Anyone who knows Lewis, knows he loves the world of entertainment and that he’ll be a hard act to follow. There will be a moment to officially celebrate his time with us before he leaves. So, I wanted to personally say “Good Luck” you’ll be missed, and what a hugely creative, and supportive colleague he has been to work with.

I’ll confirm team arrangements soon but meanwhile I’m sure you’ll all join me in wishing Lewis the best of luck with his new pursuits outside of the BBC when he leaves after the summer.

* To read our 2017 cover story with Carnie and Cooper, click here. To subscribe to Music Week and never miss a vital music biz story, click here.