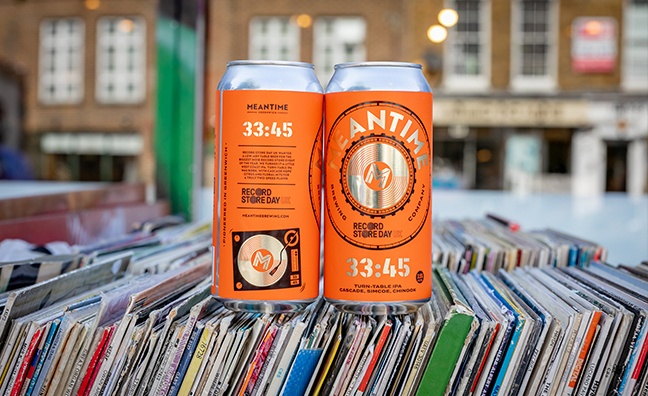 Record Store Day – which will be celebrated this year on Saturday June 12 and Saturday July 17 – has announced Meantime Brewing Company as its Official Beer Partner.

To mark the partnership, the Greenwich based brewery will launch an exclusive Meantime 33:45 beer, with proceeds from the special batch brew being donated to support War Child, the official RSD charity.

An official press release stated that the table beer (3.5% ABV) “has been brewed especially for the biggest indie record store event of the year and is inspired by the American west coast to offer a Turn-table IPA with Cascade, Chinook and Simcoe hops’ citrus, pine, and floral hits for a truly two-speed player.”

Record Store Day Meantime 33:45 official merchandise will be available to purchase through the Meantime e-Shop.

More than 250 independent record stores will be celebrating in every corner of the UK. You can read a full account of what to expect either in the latest issue of Music Week.