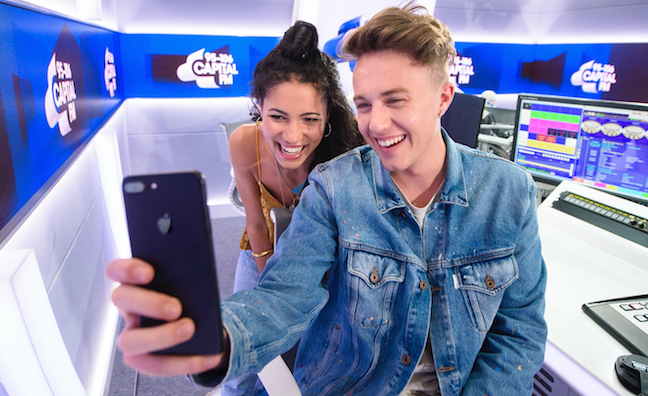 Roman Kemp and Vick Hope have been unveiled as the new co-host of the Capital London Breakfast show.

Kemp has presented on Capital for three years, where he most recently hosted the Capital Evening Show and a Sunday morning show. He was also a presenter on The Xtra Factor in 2016 and, also along with Hope, presents 2Awesome on ITV2.

Prior to her Capital Breakfast recruitment, Hope hosted weekend breakfast on Capital XTRA, where she has presented for the past year. She’s a regular presenter for ITV2, Channel 5, Red Bull TV and BT Sport.

Kemp said of his new role: “I grew up listening to Capital Breakfast, and to say I’m excited is an understatement. Waking up the people of London with Vick is going to be awesome and we’re going to have a ridiculous amount of fun.”

Hope added: “Capital Breakfast is my dream job. I love presenting with Roman and we always have such a laugh. I can’t wait to keep him in check!”

Meanwhile, Ashley Tabor, founder and executive president of Global, commented: “This is a huge moment for Capital. Roman Kemp is a superstar and it’s been exciting to watch him grow and grow over the past three years at Capital. He is a phenomenal presenter and artists and listeners alike love him! Vick is one of the freshest new talents around and knows how to keep Roman in check! Roman Kemp is a huge talent - the likes of which the UK hasn’t seen for some time - and I’m very excited for the new Capital London Breakfast show.”