"She remains beyond inspirational in this industry": Neneh Cherry to receive Pioneer Award at the A&MAs 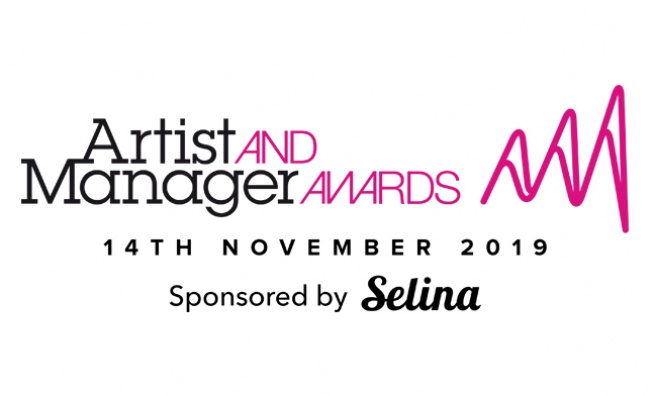 In the new edition of Music Week we speak to three gurus at the heart of the Music Managers Forum for a revealing look at the world of music management.

For our in-depth feature, we speak to Annabella Coldrick (CEO), Kwame Kwaten (vice chair/ founder of Ferocious Talent) and Paul Craig (chair/manager of Biffy Clyro) about the host of new initiatives they are overseeing, from their Accelerator Programme which offers funding to fledgling managers to changes on their board.

Another of their key activities is the Artist & Manager Awards – which is set to take place on Thursday November 14 at the Bloomsbury Big Top, with BBC Radio 1’s Huw Stephens confirmed as host and presenter.

Today (September 19), the Music Managers Forum (MMF) and Featured Artists Coalition (FAC) have revealed that Neneh Cherry will receive the Pioneer Award at the ceremony.

Speaking about the award, Lucy Pullin, FAC board member, said: “As a young girl, the jaw-dropping sight of an eight months proud and pregnant Neneh Cherry ripping up TOTP with her hit Buffalo Stance was unforgettable, and is still a talking point today. She was the only artist I’d ever seen performing pregnant and her attitude and confidence was and remains beyond inspirational in this industry. Thank you Neneh - that is true female empowerment, and way ahead of the nineties.

She continued: “Fast forward on, past multiple hits and albums later, to watching Neneh’s career-spanning set at Glastonbury this year. She has had an incredible career and her unique sound and energised performances have an ongoing influence made even more powerful by the fact that, having already reshaped musical culture and norms in music, she is still pushing creative and cultural boundaries decades later. In partnership with Facebook and the illustrious board of the FAC we are delighted to honour Neneh Cherry with our Pioneer Award.”

As previously announced, Nile Rodgers will receive the Artists’ Artist Award at 2019’s ceremony, while Rebecca Boulton and Andy Robinson (Prime Management) will pick up the coveted Managers’ Manager Award.

Travel, lifestyle & hospitality brand Selina has also been confirmed as the A&MAs headline sponsor. As part of its headline sponsorship, Selina will offer winner of the A&MAs Breakthrough Artist an all-expenses paid one-week trip to Medellin to use the facilities at the Selina Music Studio.

Annabella Coldrick, CEO, MMF said: “With a return to the Bloomsbury Big Top, 2019s A&MAs is already looking like our biggest and best yet. The ceremony pays tribute to the world’s most innovative and pioneering artists and managers, and it therefore feels entirely fitting to have Selina onboard as our headline sponsor as they bring their unique lifestyle residential model to the UK and Europe. What they are offering looks hugely exciting for our community. We are equally delighted to have Radio 1’s recognised champion of new music, Huw Stephens, onboard as our host and presenter.”

Ariel Levinsohn, VP Brand & Creative at Selina added: “The synergy between Selina and the A&MAs has presented an effortless partnership, and we’re thrilled to be the 2019 sponsors of such a prestigious ceremony that champions pioneering talent. Music is a key element within the Selina ecosystem; we have more than 200 shows a month at Selina locations and hope to scale to 500 by the end of the year, along with recording studios and festival partnerships. We can’t wait to work more closely with MMF and FAC moving forward to highlight and support innovation within the music industry.”

An official press release stated that “A full list of winners and nominees will be revealed in coming weeks.”